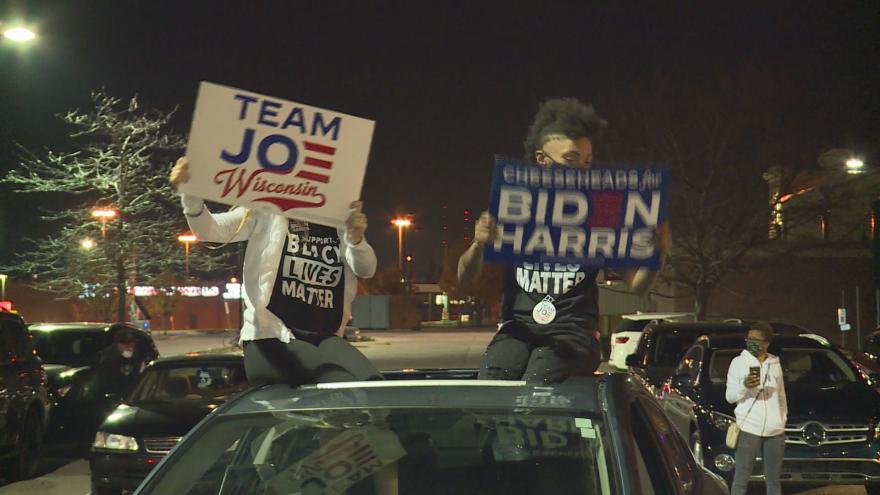 “She’s paved the way for others to follow behind her," Wanda Montgomery said. She is the President of the Village of Brown Deer

City leaders say she has a track record of breaking new ground. She was also the first woman and first black woman to serve as the California’s Attorney General.

“I think she has not only broken the glass ceiling but she shattered it and those pieces will never be put back together again," Montgomery said.

They say the four day wait was well worth it.

“I was just patient enough to wait that every vote counted and every vote was processed we would come out on top."

They say the best is yet to come with the two working together.

“I know what a woman can do, I know the power they have," Terrell Martin said. He is the chairman of the 4th Congressional District of the Wisconsin Democratic Black Caucus.

They also say the dynamic duo will bring much to the table,

“To bring experience, to bring integrity, to bring honesty to themselves," Montgomery said.

A few others say having both genders in the top seats, it opens the door for understanding and fair treatment.