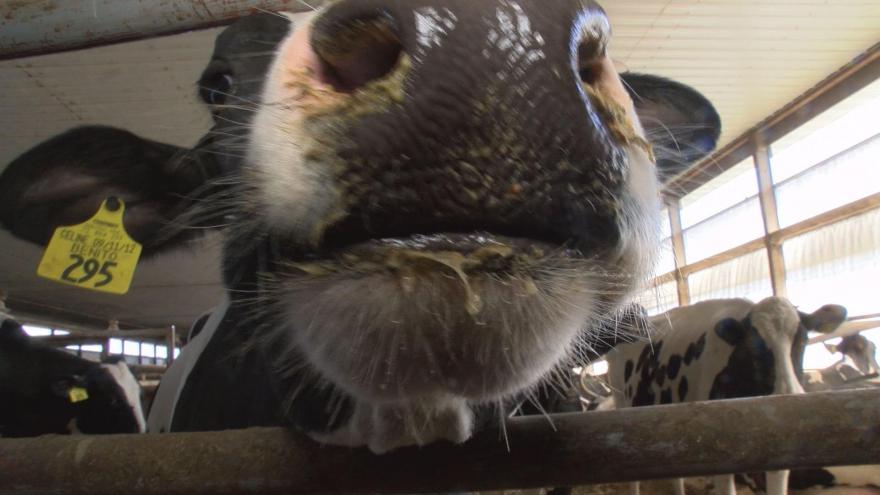 75 dairy farms across Wisconsin may have to sell off their cows, and shut down farms that have lasted generations.

The Gartman farm in Sheboygan is one of those 75.

Luke Gartman, a sixth generation dairy farmer, says It’s all because their buyer is backing out.

Grassland, a Wisconsin company that buys truckloads of milk from farmers, will stop buying from 75 Wisconsin farms by the end of the month.

Gartman says farmers are being cutoff almost with little warning, he says they received letters in the mail early this week.

Dairy farmers now have nowhere to turn because other companies can’t commit to taking on so much milk.

Gartman said, “We’re hopeful that we’ll find something that someone will be gracious enough… to let us haul our milk to them. Worst case scenario, and I don’t even want to think of it,… this [farm] goes away.”

Officials are blaming Canada for this partial market collapse.

“Canada is Wisconsin's number one trading partner, so we want to continue to have a good relationship, but Canada is just plain wrong on this. Governor Walker wants free and fair trade for Wisconsin, and Canada's dairy trade protectionism is putting Wisconsin's dairy producers at a disadvantage. Governor Walker and DATCP Secretary Brancel are engaged on this issue and are working to see it resolved as soon as possible.”

“The health of Wisconsin’s rural economy rises and falls with the strength of our dairy industry. We’ve already seen how Canada’s trade barriers have cost dairy plants in Wisconsin tens of millions of dollars, and now some Wisconsin farmers may have to stop farming because of this unfair trade scheme. This is urgent – we have to make sure our trade agreements are being honored and that our Wisconsin dairy processors and farmers have a fair and level playing field.”

“Our state’s dairy farmers are some of the best in the world, and they should not be the victims of a trade dispute they didn’t start. I urge the administration to work with the Canadian government and swiftly find a way to resolve this matter before hardworking Wisconsin farm families are hurt.”

Grassland recently made the difficult decision to reduce our milk intake volumes.  After years of selling milk product into Canada, our Canadian partners notified us that due to their new Canadian dairy regulations, they would stop purchasing our products effective immediately.  The Canadian business affects Grassland up to 1 million pounds of milk per day.  After evaluating and adjusting as much milk as possible, we were forced to decrease our milk intake.

In the past years, Grassland has worked tirelessly with state and federal officials, Governor Walker and Paul Ryan; national and state industry organizations, USDEC and NMPF; along with the media in attempt to keep Canadian trade.  Despite our attempts to keep trade open, we have been unsuccessful and regretfully, will no longer be able to take in milk from some producers.  While this came suddenly, for both our company and the farmers, we hope farms will be able to transition during the next several weeks.  This was a difficult decision and made with the utmost respect for the hard-working dairy farmers.