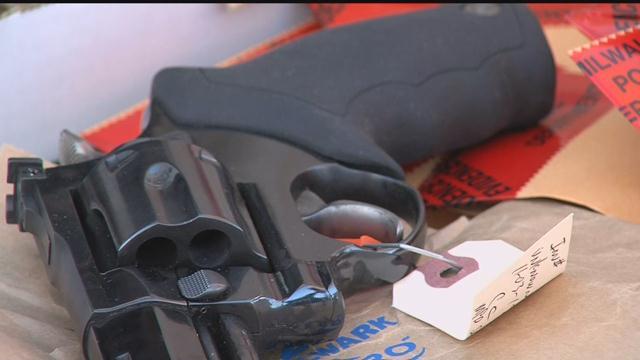 President Obama spoke in Orlando Thursday, while visiting a memorial for the 49 victims in Sunday's shooting at a night-club.

"Those who defend the easy accessibility to assault weapons, should meet these families and explain why this makes sense," said President Obama.

The address focused on a series of amendments set to be discussed by the Senate next week. One would prevent people on the no-fly terror watch list from buying guns.

"We will not be able to stop every tragedy," he said. "But we can stop some tragedies."

Wisconsin Carry President Nik Clark says that proposal is a dangerous one, giving the government too much power to decide who can, and cannot, own a gun.

"The dream of anti-gun politicians for decades has been to take away someone's second amendment rights, and with this terrorist watch list, that's exactly what could happen," he says.

Clark notes that the shooter in Sunday's tragedy in Orlando purchased his guns legally, and was not on any terror watch list.

"We have stories of a gentleman who sat in the bathroom of that club, crouched, texting his mother that he was about to die. So here's a person who knew they were under attack, and had no way to help himself. Had that individual had a firearm, that individual could have protected themselves."

"The notion that the answer to this type of tragedy would be to make sure more people in a night-club are similarly armed to the killer, defies common sense," he said.

The president warned more attacks will follow if something isn't done.