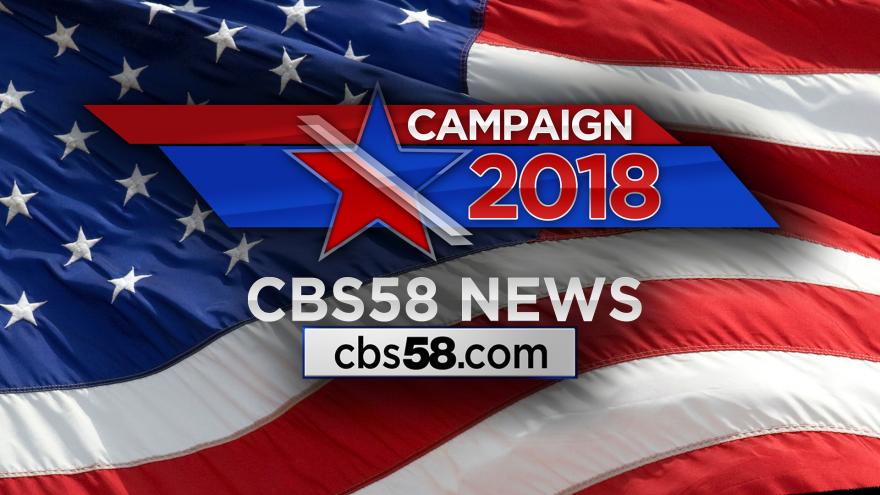 Candidates for state and federal office had to submit at least 2,000 valid signatures to earn a spot on the ballot. The primary is set for Aug. 14 with the general election to follow on Nov. 6. Here's a look at who has officially filed so far:

Incumbent Republican Matt Adamczyk has decided to seek a seat in the state Assembly rather than run again, leaving the field wide open. Four Democrats — Dawn Marie Sass, Cynthia Kaump, Sarah Godlewski and Jake Tulogeski — have all registered to run. Sass, Kaump and Godliewski have filed.

Three Republicans are running — Travis Hartwig, Jill Millies and Phillip Prange. Hartwig and Millies have both filed their signatures.

Incumbent Democrat Mark Pocan faces only token opposition from a Madison man named Rocky Ison Chops who lists his party affiliation as Father, Son and Holy Ghost. Pocan filed his signatures May 22. Chops had turned in nothing as of Friday morning.

Incumbent Democrat Ron Kind faces a primary challenge from Juliet Dita Germanotta. Three Republicans have registered to run against the winner. As of Thursday only Kind and one Republican, Steve Toft, had filed signatures.

Republicans Cindy Werner and Tim Rogers have registered to run against Democratic incumbent Gwen Moore. Moore and Rogers had turned in signatures as of Friday morning. Werner filed hers later in the day. Former state Sen. Gary George filed signatures as a Democrat Friday, forcing Moore into a primary. George, who was convicted of a felony in a kickback scheme in 2004, ran unsuccessfully against Moore in 2014 and 2016.

Three Democrats and a Republican have registered to run against GOP incumbent James Sensenbrenner. Democrat Tom Palzewicz, Republican Jennifer Hoppe Vipond and Sensenbrenner were the only candidates who had filed signatures as of Friday morning.

Republican incumbent Glenn Grothman and Democratic challenger Dan Kohl have both filed signatures. Republican Scott Olmer has registered to run but hadn't filed anything as of Friday afternoon.

Republican incumbent Sean Duffy filed his papers May 25. Five Democrats have registered to run. Two of them, Brian Ewert and Margaret Engebretson, filed Tuesday; the other Democrats hadn't filed as of Friday afternoon. Ken Driessen, who lists his party as Direct Participatory, filed Wednesday.