8pm Update: The switch to snow has occurred now for the viewing area. We're starting to get some initial snow reports in. Take a look: 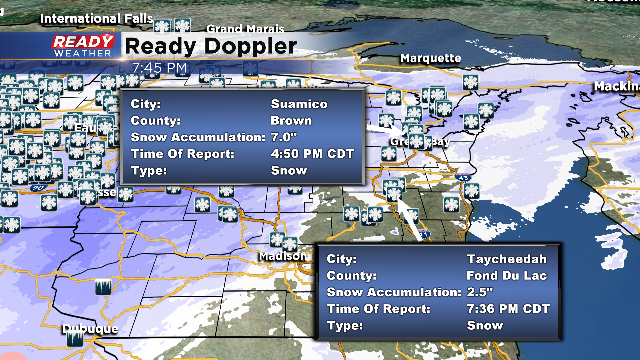 Parts of Fond du Lac county have picked up over 2" of snow, and look at places near Green Bay! Suamico has seven inches and counting! This storm will continue to provide snow showers through the night. The strong northeast wind with the snow and low clouds have us dealing with reduced visibilities too. 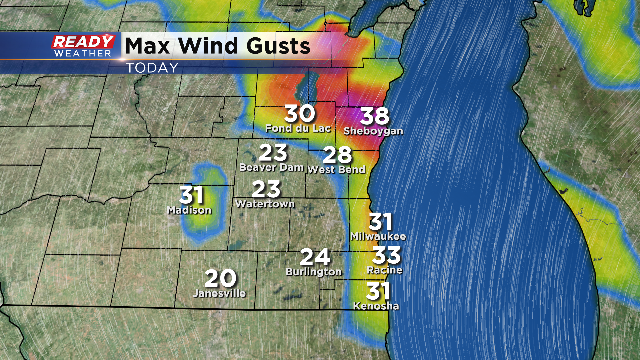 Snow totals are still on track for the 1 to 3" range for the south half of the viewing area with 3-6" for northern spots. 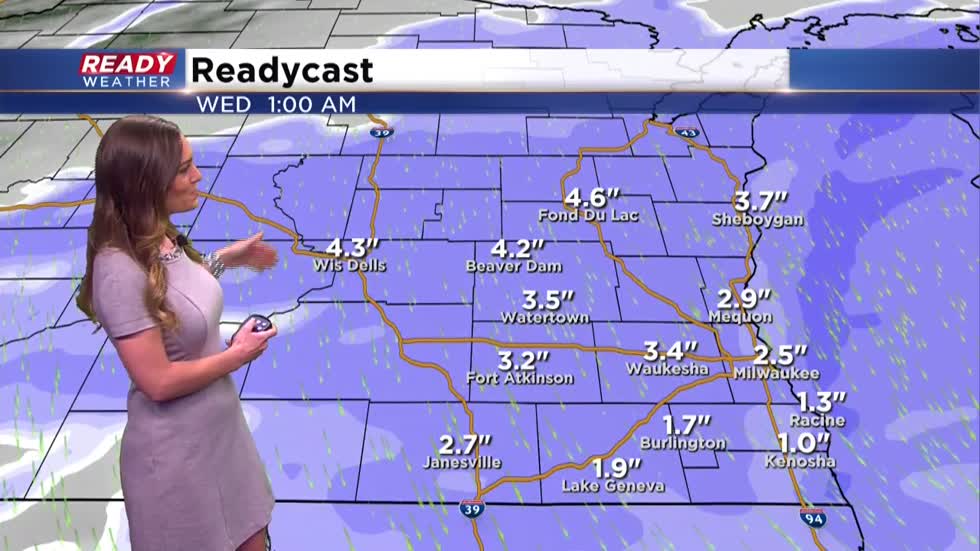 3PM Update: Temperatures have hovered from about 32 to 35 degrees this afternoon. While we've had primarily rain across the metro, there have been periods of sleet too. Everyone is now under the Winter Weather Advisory. The transition to snow should occur around sunset area wide. The bulk of the accumulating snow still looks to be on par through the first part of the night.

12:30 PM update: The viewing area is slowly starting to add more precipitation to the radar map and this could lead to a sloppy evening commute.  The warm surfaces and roads will allow grassy surfaces to accumulate, but the roads will be just slushy!

11:15 am update: The whole viewing area is now under a Winter Weather Advisory until 7am.  There are different start times:

Starting at 3pm for Waukesha and Jefferson Counties.

Starting at 7pm for Milwaukee, Walworth, Racine, and Kenosha Counties.

The drizzle will continue with rain and snow developing at a good clip this afternoon.  Rain will switch to all snow later this evening! 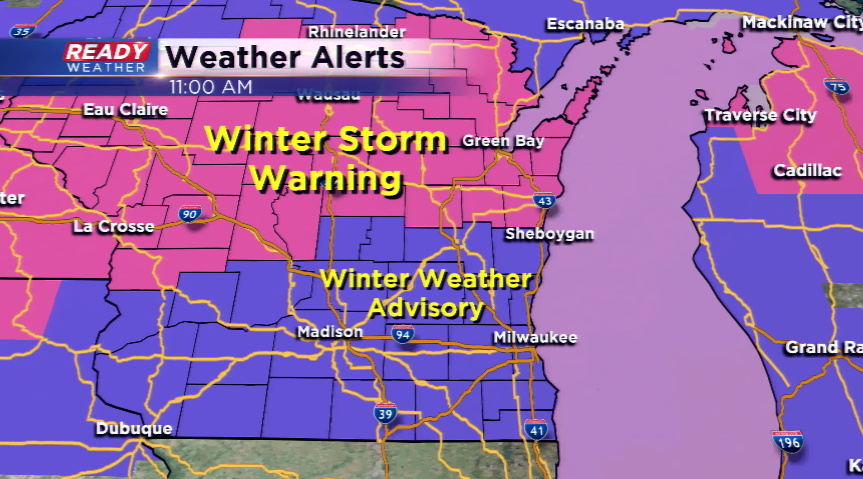 8:30 am update: Drizzle is falling throughout most of the metro, so wet roads are expected for the morning commute.  There could be a few slick spots.  The area will see a mix of rain and snow the next 24 hours, with everyone transitioning from rain to snow this evening.

The complexity of an April snow event is always a challenge for meteorologists, and this system hasn’t missed a beat. The precipitation will get rocking and rolling after a bit of a delay due to some slowing of atmospheric conditions. Expect a rain and snow mix starting later this morning and for the rest of the day. 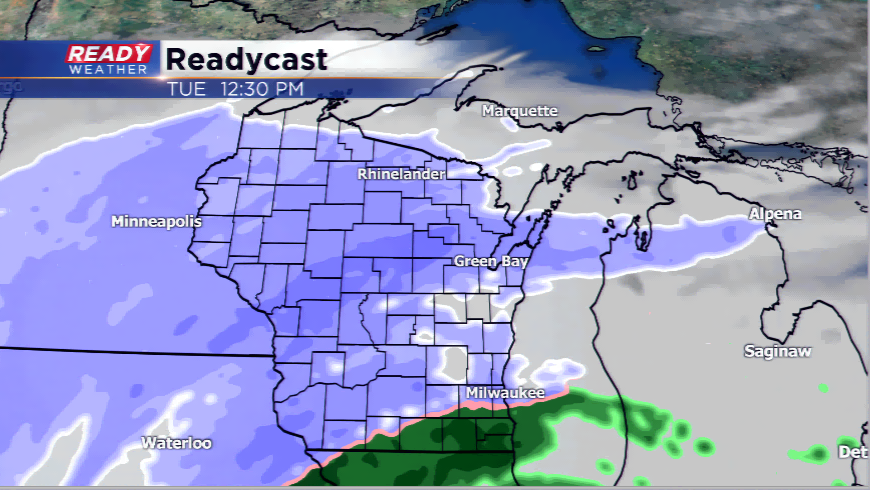 The trend in the forecast has been a touch lower in the snowfall amounts, but we still are highlighting our northern areas to get hit with some decent snowfall totals, the most in over a month. Sheboygan and Fond du Lac Counties could see 4”-8” of snow, with melting taking place during the storm due to warm surfaces and higher sun angles, and lower amounts as you head south. 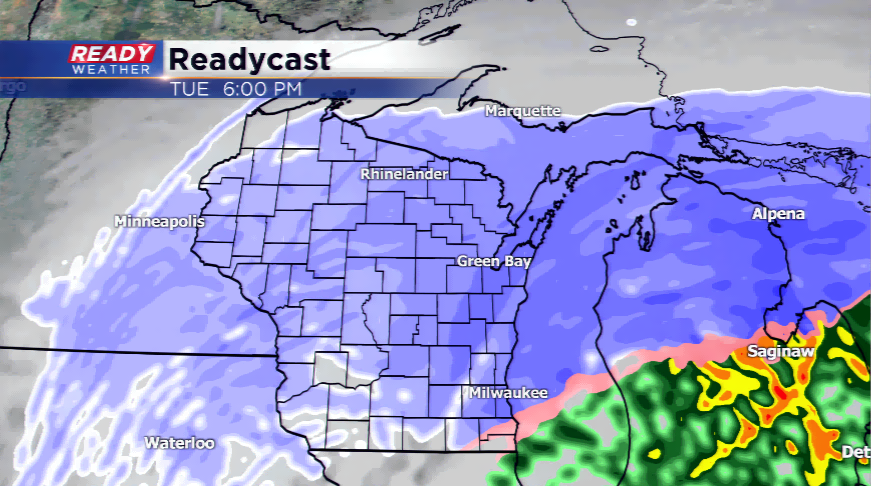 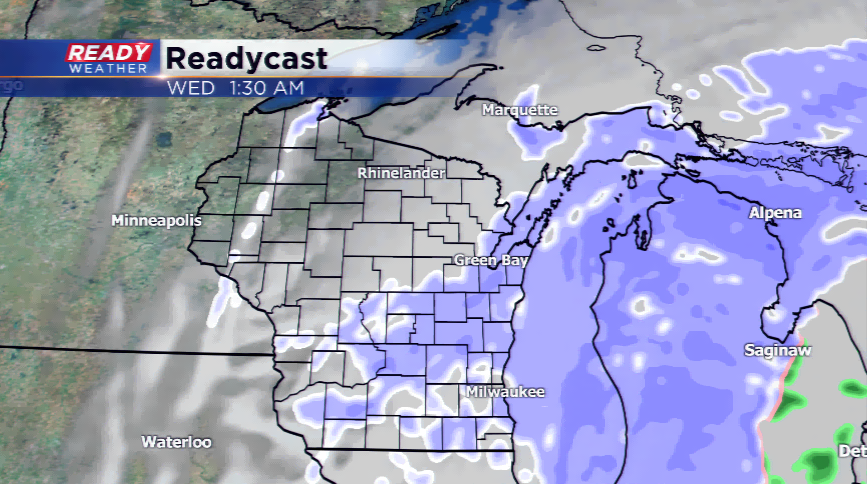 The precipitation will turn to all snow by later this evening and come to an end by sunrise on Wednesday. Slippery conditions can be expected for the evening commute and Wednesday morning. 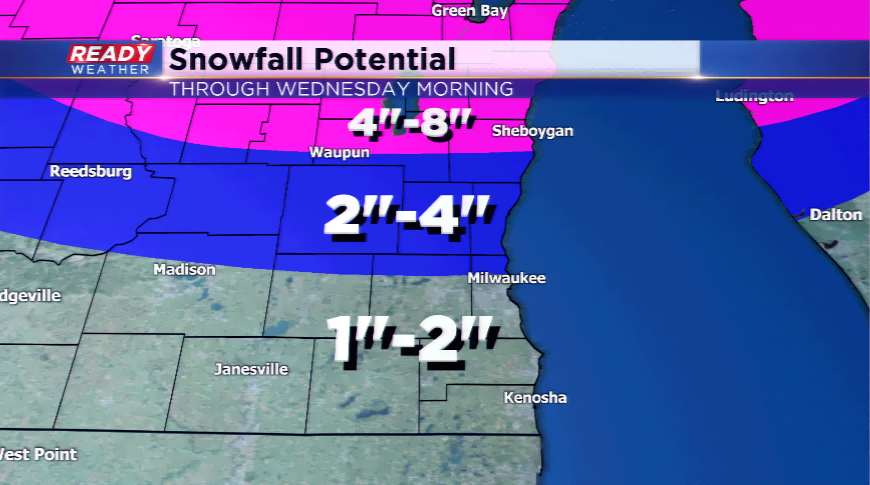 A cold push old late February air will be felt for the next week or so. Temperatures are looking to moderate a bit by mid and late next week – until then expect chilly conditions!