Our next round of snow is knocking on our doorstep. A winter weather advisory has been issued for most of southeast Wisconsin from 3 a.m. Wednesday until noon. The advisory does not include Walworth, Racine and Kenosha Counties where some rain could mix in lowering snow totals there. 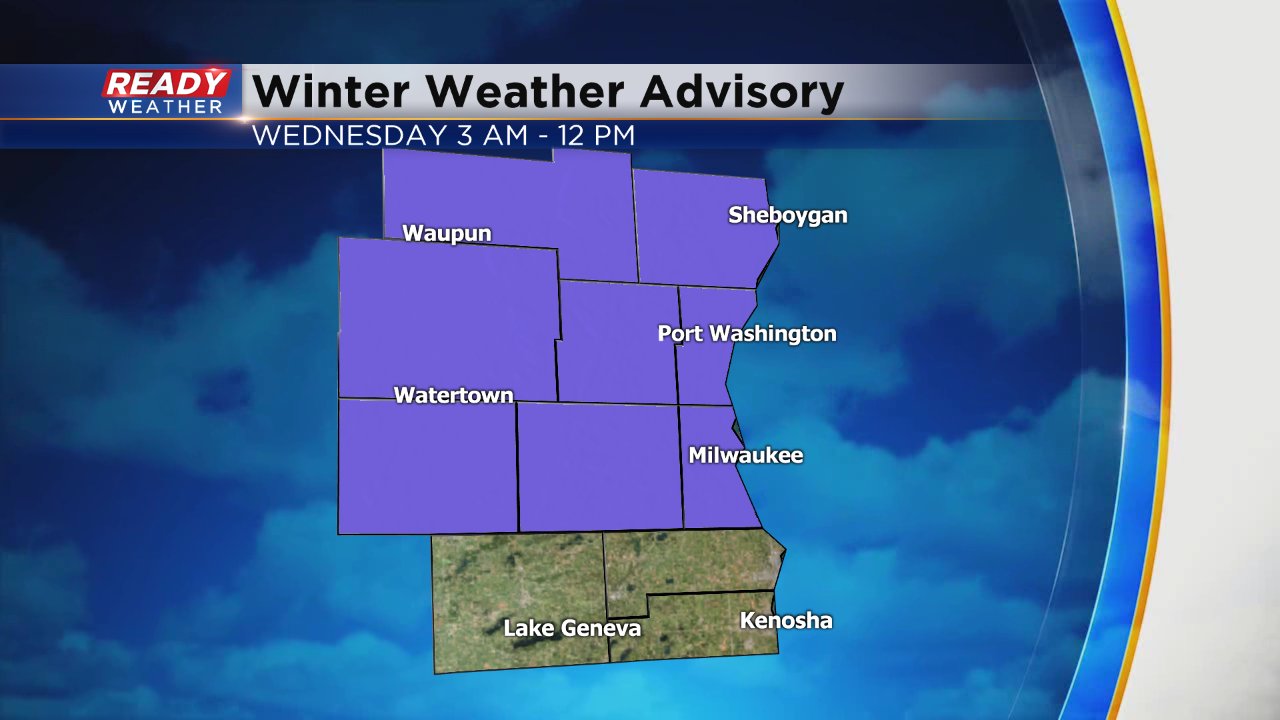 Expect snow to move in shortly after midnight and come down quick at times during the Wednesday morning commute. The bulk of the accumulating snow will wrap up by late morning but a few light snow showers or some flurries will be possible Wednesday evening with another dusting possible. 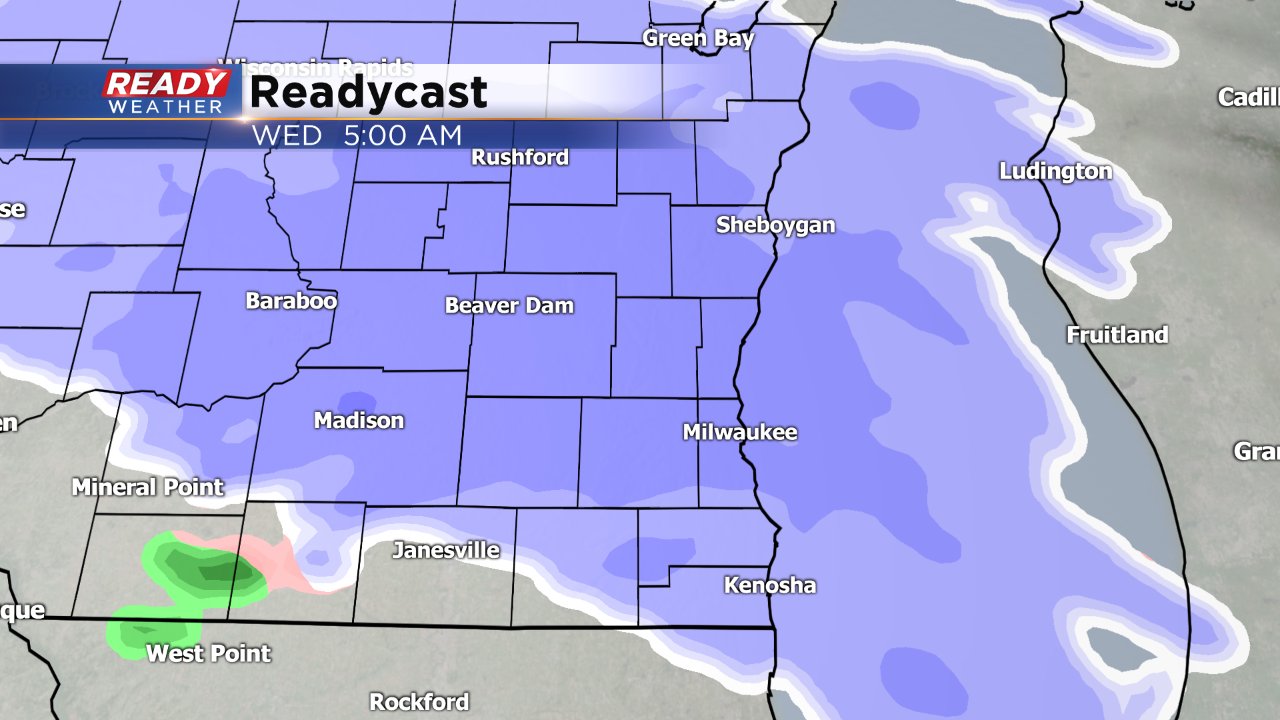 The snow totals forecast hasn't changed much with most of southeast Wisconsin, even those spots not in the advisory, expecting 1-3" of snow. Some of our western communities in Dodge and Jefferson County and west towards Madison could see up to 4". 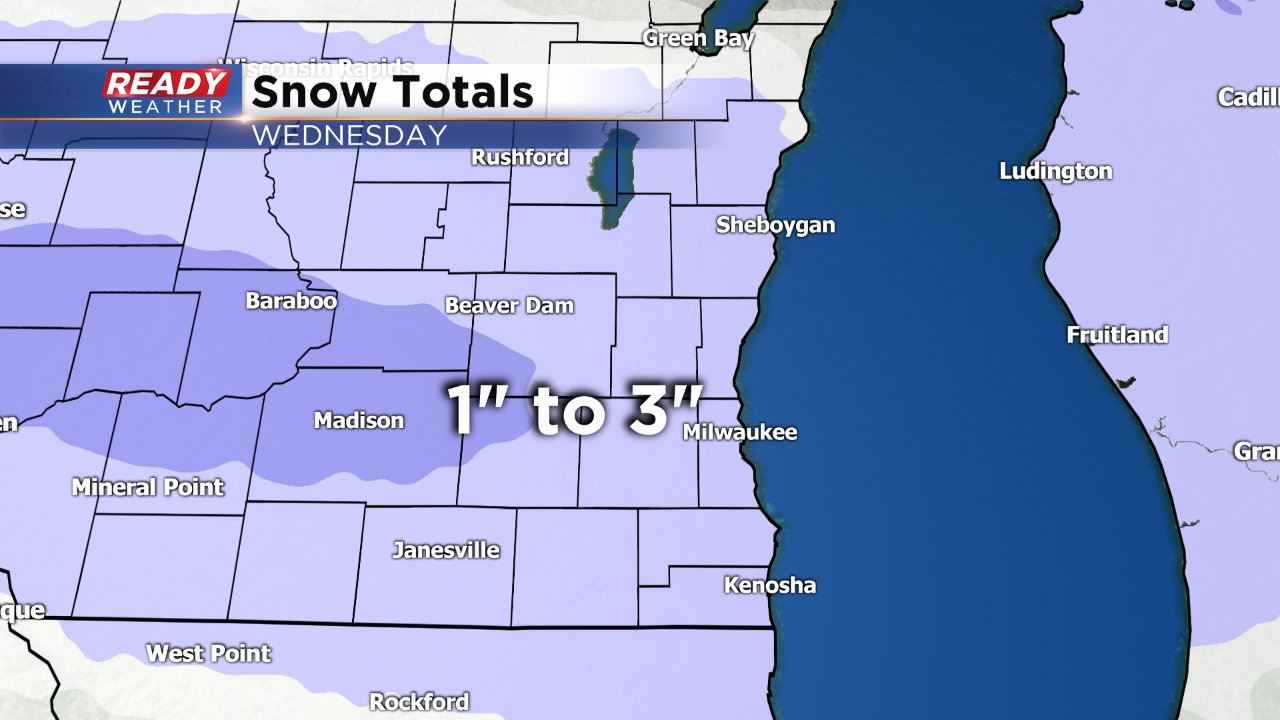 The snow will come at a bad time during the Wednesday morning commute so expect roads to be slushy to snow covered. Some rain could mix in close to the Illinois border but wintry mix won't be a huge issue. The wind should stay relatively light. Temperatures will warm through the day into the upper 30s so roads should improve once temps get above 32° and a majority of the snow will compact and melt by the end of the day. 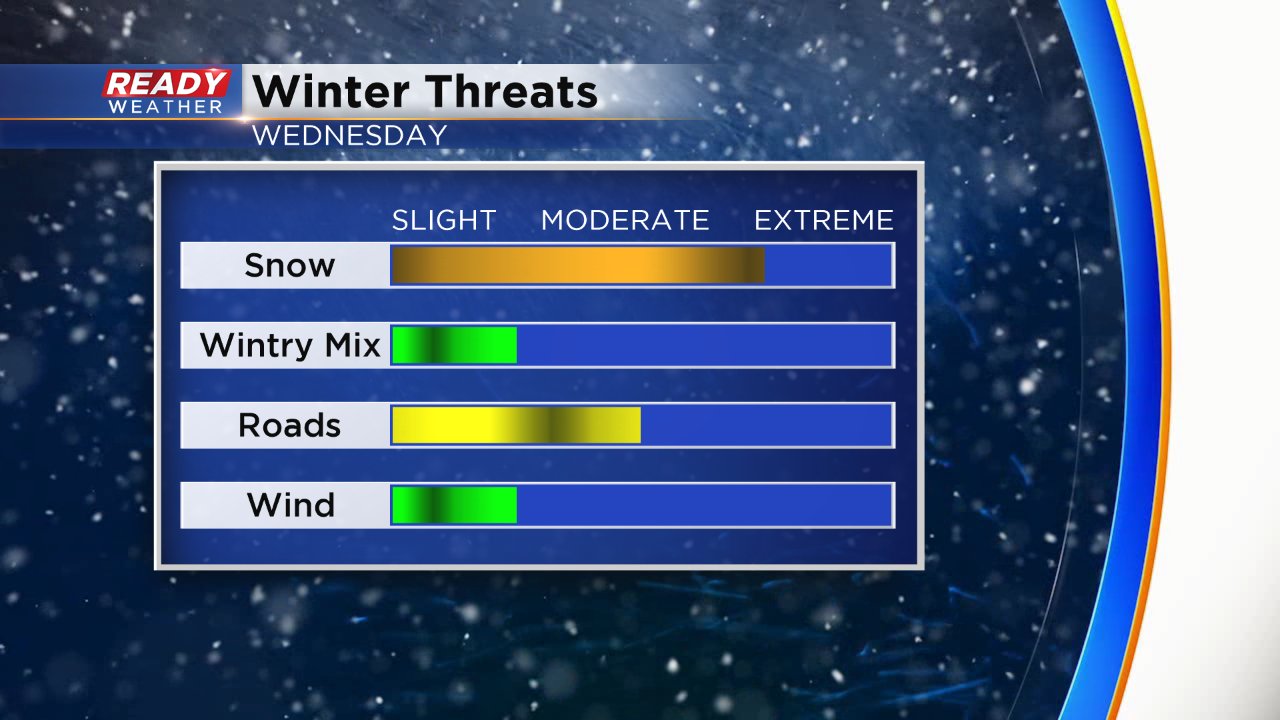 Download the CBS 58 Ready Weather App to see the hour-by-hour forecast to see when snow will be heaviest and when temps warm above freezing.