Winter spreads its reach from Northeast to South and beyond 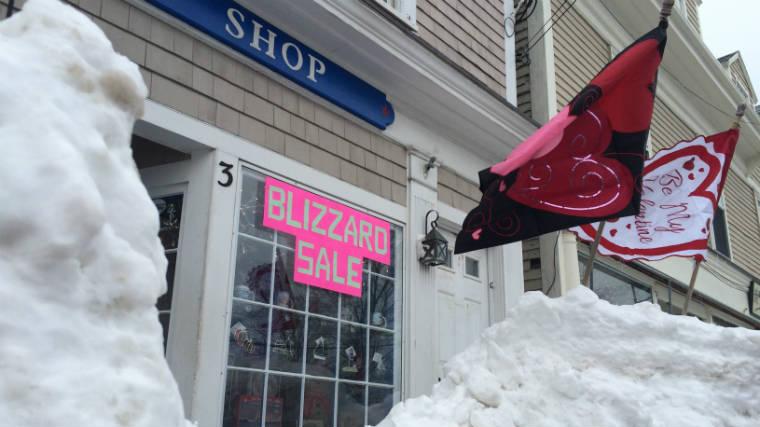 (CNN) -- Do you see mountains of snow or freezing rain outside your window, but have friends in Florida or California who don't understand the big deal with the severe winter weather?

Pick a weather factoid to share with them (via CNN meteorologist Brandon Miller):

• Wind chills in the Northeast make it feel as cold as -40 degrees Fahrenheit (-40 Celsius).

• More than 55 million people live in areas that are currently under a wind chill warning or advisory.

• An additional 50 million are under winter storm warnings, stretching from Oklahoma to South Carolina and up to New Jersey.

The bitter cold is coming from several fronts. This weekend, the Northeast weathered its fourth snowstorm in three weeks, and extremely low temperatures are predicted to hang around for two more weeks.

A winter storm stretching across the Midwest and Southeast is bringing freezing rain and ice accumulation, especially from Arkansas to Tennessee.

Temperatures across the eastern half of the United States will be below average for the entire week, and that's a big deal as winter fatigue sets in.

In Boston, 95 inches of snow have already been recorded this year. This February is the city's snowiest month ever.

\"Please stay close to your home today -- shovel in short stints,\" he said.

The sun was out Monday, but CNN's Ryan Young observed \"the snow mountains the size of city buses\" that remain.

Frank Ippolito, the owner of a snow removal business operating in Boston, said his staff was weary from lack of sleep.

At this point, his snowplow drivers are putting snow \"anywhere and everywhere there's an open piece of land that won't obstruct the view safely of the driver or prevent someone from getting out of a doorway or moving a car,\" he told CNN.

As a weary Northeast remains buried in snow, the South and Midwest are gearing up for a messy mix of snow, sleet and ice.

Snowfall records have been broken in the Northeast, and now, more than a dozen other states, stretching from Kansas and Oklahoma to North Carolina and Virginia, are bracing for inclement weather.

Southern Indiana could see up to 10 inches of snow, while northern Kentucky faces between 8 and 14 inches, the National Weather Service said.

\"Travel will be treacherous with some roads nearly impassable,\" it said. \"Have an emergency kit of blankets, food, water and flashlights if you must travel.\"

In addition to slick roads, trees may come down because of snow accumulations, causing power outages. Forecasters warned residents in affected areas to defer travel on rural roads until Tuesday.

\"State agencies are on standby to coordinate resources to support the needs of Alabama counties if necessary,\" he said.

School districts in cities such as Little Rock, Arkansas, shut down in anticipation of wintry weather.

Nashville saw relentless freezing rain since before dawn Monday, and snowplows were already at work. Three to 7 inches of snow are forecast there in the next 24 hours.

Southwest accounts for more than half of the commercial flights at the airport, she said. Only a handful of Delta and American Airlines flights departed Monday.

Wintry weather is in the eye of the beholder.

The Northeast is urging drivers to stay off roads as the fourth storm in three weeks drops snow that, for Boston, has exceeded 45 inches in February alone.

It takes a fraction of that to get residents in the South into emergency mode. Sometimes, it doesn't even have to snow -- just the possibility of wintry weather is enough for a partial shutdown.

The Weather Service issued a winter storm watch for northern Georgia, warning of potential snow and ice accumulation on the roads.

Temperatures dropped in the Atlanta area early Monday, and even though the forecast suggests the snow/ice mix will fall farther north, some school districts closed out of caution.

Georgia Gov. Nathan Deal declared a state of emergency for 15 northern Georgia counties and asked state workers there to work from home if they're not involved in emergency response.

Residents loaded up on food and other supplies, memories of last year's storm probably fresh in their minds.