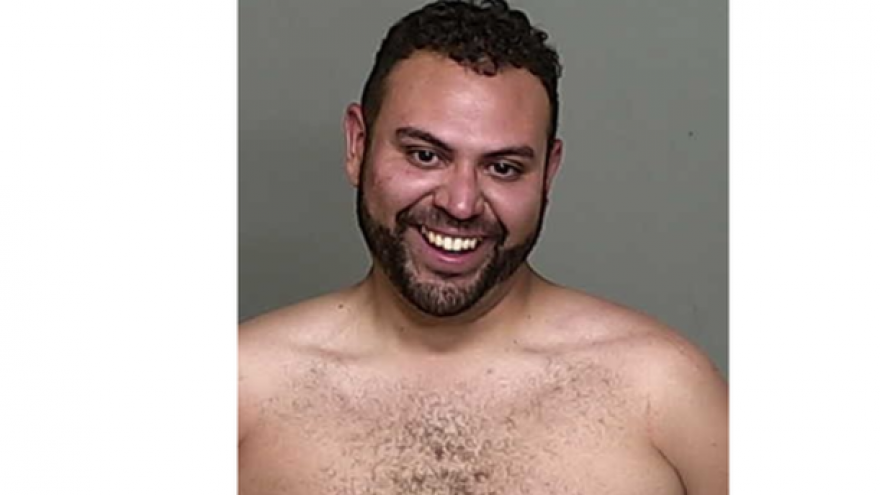 WFRV-- On Tuesday at 11:57 am, the Outagamie County Sheriff’s Department received a 911 call of a vehicle driving recklessly in the parking lot of a new construction for Lang’s Landscaping on STH 47 in the Town of Black Creek.

Construction workers contacted the male subject and the male threatened them with a knife. The male, later identified as 34 year old Sergio H. Rios from Waukegan, IL, left in his vehicle southbound on STH 47.

Rios stopped at Ron’s Service 101 W. State St. in the Village of Black Creek.
Rios started hitting a gas pump with his fist and throwing water around. An employee confronted Rios, and Rios threatened the employee with the knife.

Rios again got in his vehicle and left eastbound on STH54 at a high rate of speed.

Witness statements indicated Rios was traveling in excess of 100 MPH.

Rios entered the grassy area in front of Seymour High School nearly striking a Seymour officer. The vehicle was driving recklessly in the grassy area and parking lot. Seymour High School was conducting school registration and several students were on school grounds. The school was contacted and placed on temporary lockdown. With Rios driving recklessly in the area of the school and vehicles, the Seymour officer made the decision to stop the vehicle by hitting Rios’ vehicle with his squad. Rios’ vehicle was stopped and Rios was taken into custody without incident.

Rios was transported to a local hospital for a blood draw and then to the Outagamie County Jail. Rios is being held on several charges including Recklessly Endangering Safety, Eluding, Damage to Property, and OWI-1
st offense. The Outagamie County Sheriff’s Department will continue to investigate the incident.