Wife of the year: Woman surprises husband with trip to London to see Packers vs. Giants

Wife of the year: Woman surprises husband with trip to London to see Packers vs. Giants

MILWAUKEE (CBS 58) -- When the Green Bay Packers schedule was released in May, Cheane Sartler had the perfect idea for her husband's 40th birthday.

"I knew this year was his 40th birthday, and I wanted to come with something huge," said Cheane. "I called my dad and asked him if I was crazy, and he said he thought it was amazing so I went for it."

Cheane was going to surprise her husband with a trip to London to see the Packers take on the New York Giants Oct. 9.

After months of planning, the big day was here, Justin's 40th birthday party in late August at Points East in Milwaukee. The surprise was unveiled on a cake.

"Whenever it was time to sing 'Happy Birthday,' they brought it out and I was just dumbfounded. I had no words," said Justin. "It said, 'We're going to London...Packers vs. Giants...Happy Birthday.' At first I was just like looking at her, 'Are you for real? Is this really happening?'"

It's happening! Cheane and Justin leave for London Oct. 6 and will spend the weekend sightseeing, visiting some friends, and of course, cheering on the green and gold.

"He deserves it. We deserve to do it together," said Cheane. "He's an amazing husband and an amazing dad, so why not?"

"She's the greatest," Justin said. "I don't think anyone has ever done that nice of stuff for me. No better person in the world." 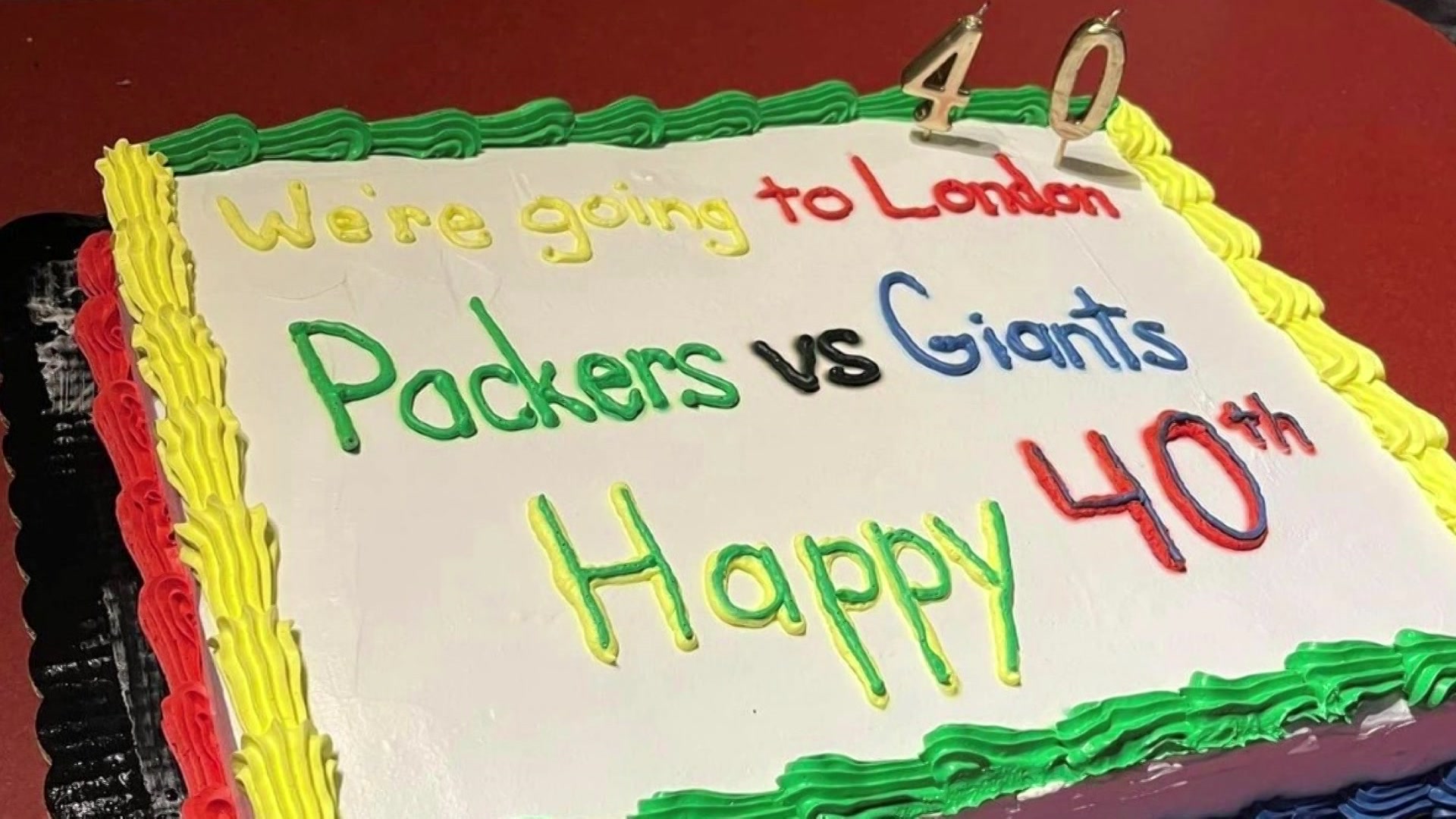