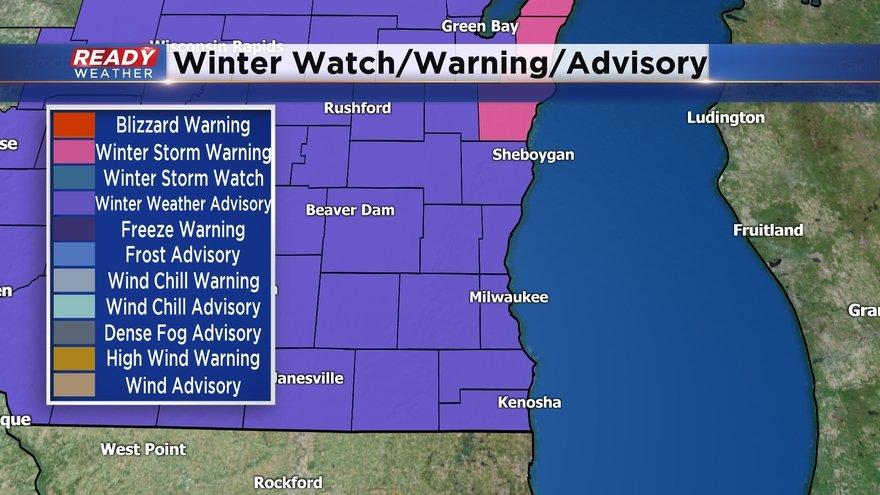 This is a dated Ready Weather Blog. To see the latest blog with an updated forecast click here.

A winter weather advisory has been issued for all of southeast Wisconsin starting Sunday evening at 6 p.m. and lasting 36 hours until 6 a.m. on Tuesday. A long duration snow event with some of the highest snow totals we've seen this season is expected.

The timing of the snow has not changed much with snow starting to move in around 6 p.m. Sunday and widespread steady snow for everyone by 8 p.m. The steadiest of the snow lasts 12 hours into Monday morning so snow covered roads are expected for the Monday morning commute. Snow becomes scattered but stays heavy at times through Monday afternoon, evening and even Tuesday morning, especially near the lake.

Snow totals are expected to be a bit higher with most of southeast Wisconsin picking up 3" to 6" of light, powdery snow.

It has been 10 days since southeast Wisconsin saw measureable snow, but that will likely change as we head into a new week. Possibly the biggest widespread snow of the season starts Sunday evening and will linger through most of Monday for some. 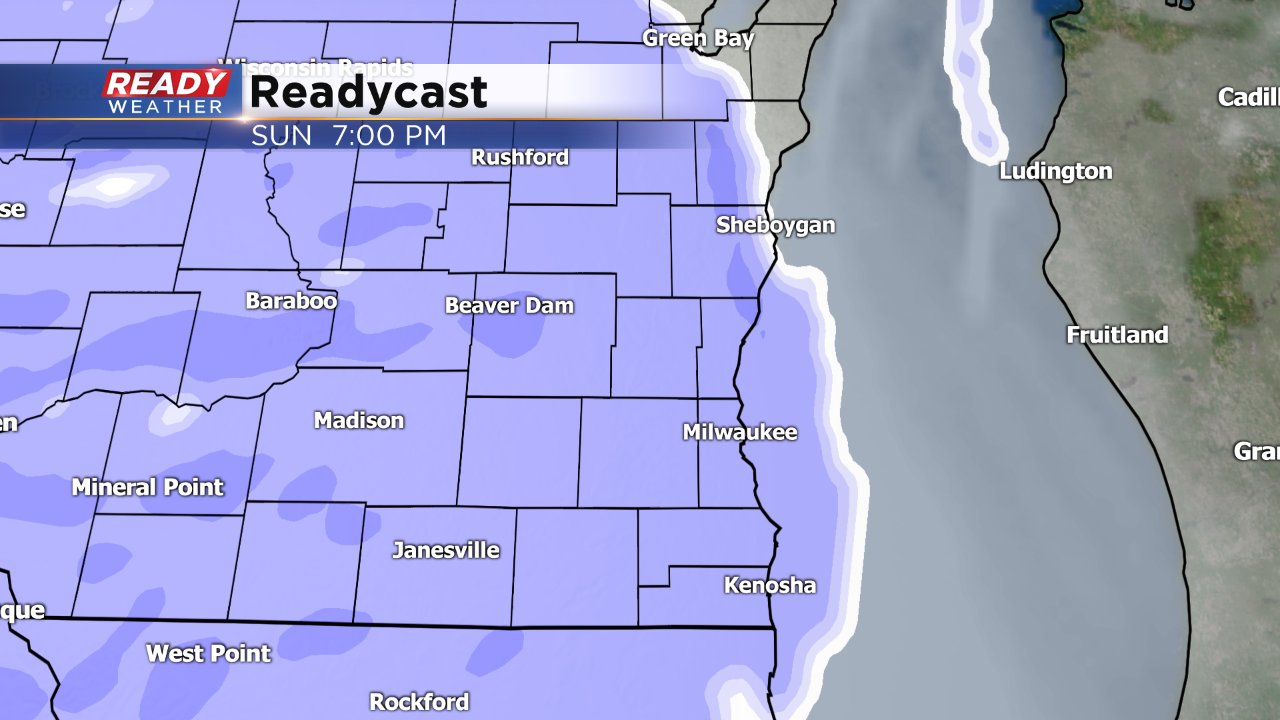 Snow starts spreading in around sunset Sunday with nearly all of southeast Wisconsin seeing steady snow by 7 p.m. lasting until Monday morning. What starts as a steady snow Sunday evening will become more scattered on Monday. Snow will start to end in western spots Monday in the late morning and afternoon, but could continue into Monday evening for some.

The continuation of snow into Monday evening and possibly even Tuesday morning is the biggest question in the forecast. Some models have the snow ending Monday morning for everyone while others have showers lingering into the evening and some flurries into Tuesday, especially for lakeside locations.

As of Saturday a widespread 2-4" looks likely with some northern spots seeing up to 5".

So far this winter the biggest snow in Milwaukee has been 1.2" so it looks likely that this will be the biggest snow of the season there. Other spots have picked up 3-5" with snowstorms back in December.

Download the CBS 58 Ready Weather App to track the snow as it arrives and stay up to date on the latest forecast.