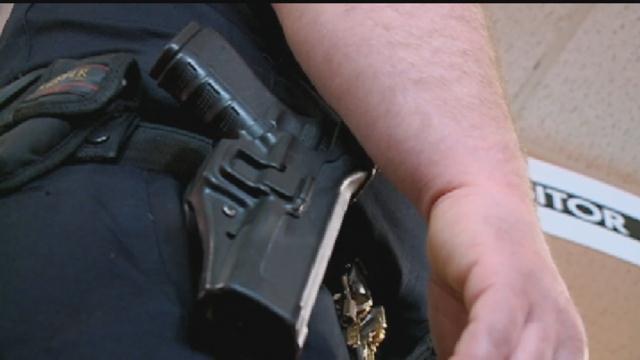 Big questions are being asked about a Republican plan to relax state gun laws in school zones. The new bill would allow people with concealed-carry permits to bring guns into those areas.

The bill would also also weapons inside the school buildings of individual districts who allows it.

President of the Wisconsin Senate, Sen. Mary Lazich (R-New Berlin), brought this proposal forward saying the plan would give local school districts more authority than they have now when it comes to rules on guns.

She also attributes the idea to a school board member in her region, School District of New Berlin Vice President Tom David. He pointed out that parents who conceal carry may commit felonies because they are unaware of state law which requires a 1,000 foot gun free zone around schools.

"In accordance with state law they would have to pull over outside of school grounds, unload, lock the weapon up out of reach in a locked container, drop their kids off. Then, when they leave the school grounds, they have to do the reverse," David said.

"I think for us a significant amount of this issue is giving each local school district control over their own schools," David said.