Why is the Milwaukee wheel tax not enough to fix city streets? 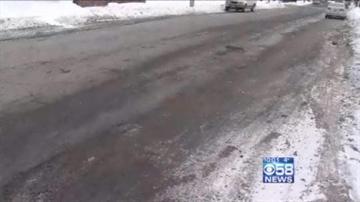 MILWAUKEE-Whatever gains the city has made with a wheel tax has been eroded by cuts to state aid in local infrastructure.

That's the word tonight from the office of Milwaukee Mayor Tom Barrett.

While Governor Scott Walker refers to a 4% increase in state aid for transportation, Barrett's office says there's actually been an overall decrease of 10% in state aid for local infrastructure.

Meantime, local ambulance crews say they're having to adjust operations to deal with the extra bumpy ride to the hospital that is making local emergencies all the more precarious.