Who should pay for sidewalk repair in Racine? Two proposals, many questions 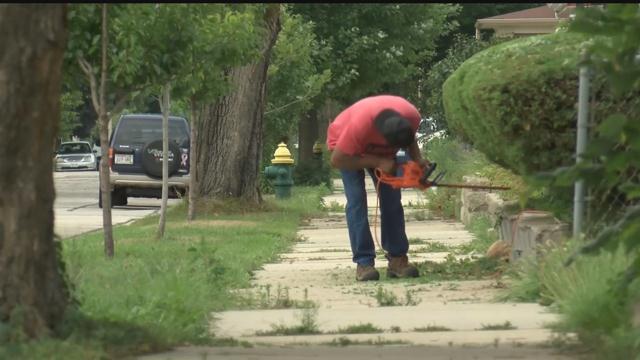 In Racine, property owners are responsible for repairing the sidewalks. If a property owner is issued an order from the City to repair the sidewalk along their property, they have 60 days to do so or they'll get billed. Racine Common Council is now looking at two options to create a new system. Racine resident Tom Martin says he has already paid $500 in repairs, and says he doesn't like shelling out the extra cash. Each time there's a repair, he must buy a $25 dollar permit.

\"Then you're going to have to find an independent contractor if you can find one who will do it for one slab or the City will come do it for $175,\" said Tom Martin.

The Public Works Commissioner at Racine City Hall, Mark Yehlen is proposing something new. The first option is to start a debt financing system where owners would see a tax increase based on their property value.

The other idea is to require every property owner to pay a $27 fee each year.

\"I'm more in favor of the fee program,\" said Yehlen.

\"It's our responsibility to take care of the sidewalks,\" said Steve Smetana. \"That's what we'll be doing.\"

But Martin does have one concern.

\"We're notoriously starting off with one set fee and it just keeps escalating to the point where it doesn't make sense,\" said Tom Martin. \"So that would be my main concern.\"

The Public Works Commissioner says that depends on the cost of construction year after year. If the set fee program is approved, Yehlen says it could generate up to $500,000 starting off to maintain all the sidewalks in the City of Racine. Common Council hopes to make a decision in the next few weeks.