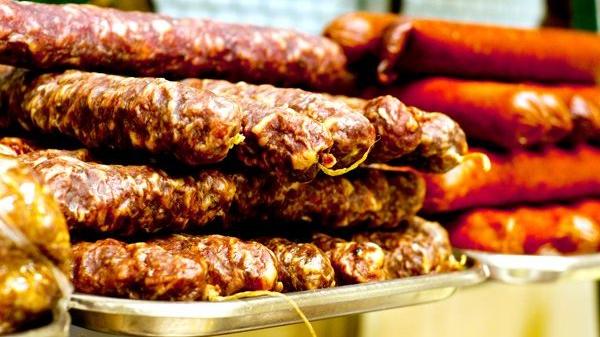 The World Health Organization recently linked cancer to processed and red meats. World cancer researchers say people who fill up on processed foods like bacon, sausage and hot dogs face a real risk of colon, stomach and other cancers.

Scientists from the World Health Organization say eating processed meats - including those that are smoked, cured or salted - poses the same cancer risk as smoking.

The owner of Bavette La Boucherie says it's about knowing where your meat comes from. They say it's about limiting the number of nitrates in meats. Nitrates are a preservative that some researches have linked to cancer.

Nutritionist Nicole Kerneen, with Way of Life Nutrition and Fitness, agrees that additives are the issue.

She says the cancer risk with meat is it takes a long time to digest, and just sits in your colon. But an equally large risk is what you eat with the meat.

"Their diets are going to include french fries with that, alcohol with that, or heavy latent desserts, so you compound that with red meat that's already difficult to digest."

In the end, both agree it comes down to moderation.