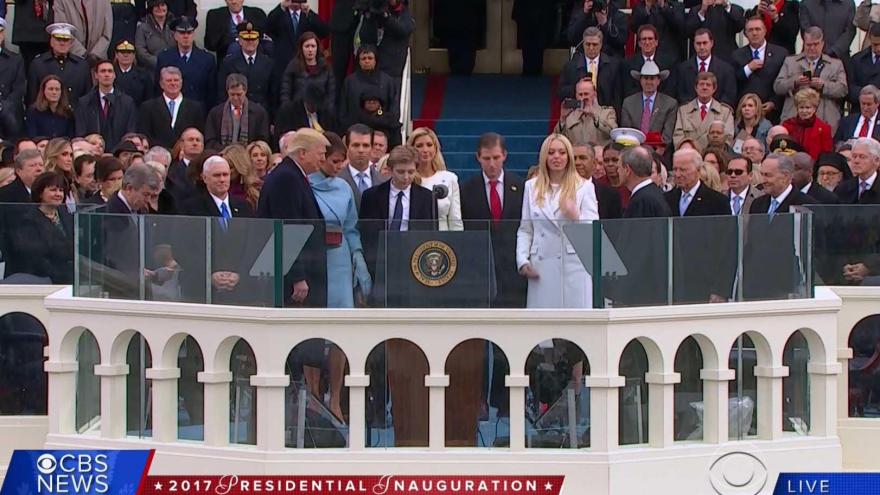 (CBS NEWS) Social media accounts that were run by President Obama, first lady Michelle Obama and other White House officials have now been turned over to President Trump and his team. Likewise, all content posted on the WhiteHouse.gov webpage during Obama’s presidency moves to ObamaWhiteHouse.gov. As is the case with the social media platforms, the next president will be given the opportunity to start fresh.

The Twitter account, @POTUS, has been transferred over to Mr. Trump while all of Obama’s tweets are now archived at @POTUS44. When it was initially transferred on Friday, the banner image for Mr. Trump’s new account showed a stock image from Obama’s inauguration with a photo of Mr. Trump as the avatar. The banner image was then changed to feature Mr. Trump.

The new president’s first tweet linked to his personal page and showed text of his inaugural speech.

Mr. Trump’s wife, Melania, now runs the first lady’s Twitter account, which does not yet show any tweets yet. More than 1.95 million followers accumulated under Michelle Obama’s account -- her tweets are now archived at @FLOTUS44.

All of the tweets from @thewhitehouse under Obama are now archived at @ObamaWhiteHouse. The Trump administration has now taken over @thewhitehouse account. The White House flickr page is also now blank.

Officials on Obama’s White House team explained last year how all of the social media accounts would be transferred and archived.