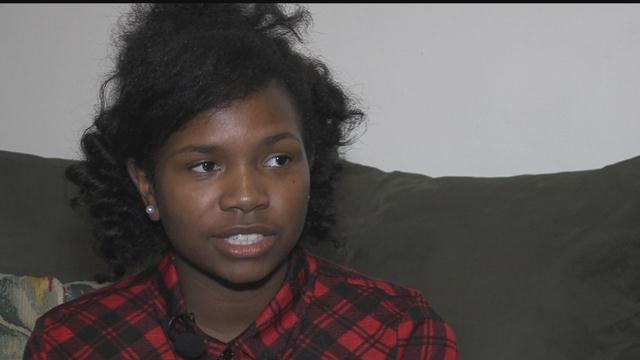 Its a story you'll only see on CBS58: a local teen is honored by Vice President Joe Biden.

She was recognized at the White House for her efforts to fight crime in Milwaukee.

At just 14 years old Erica is the CEO of her own non profit, "Girls In Action" and with the help of other girls and Milwaukee police has handed out nearly 2,000 bracelets promoting non-violence in local neighborhoods; something she was honored for on Monday.

A standing ovation for 14 year old Erica Lofton with applause led by the vice president.

Even he was blown away.

After Erica gave a short speech on the program she's started, partnering up with Milwaukee Police to hand out bracelets and start a community conversation all aimed at stopping violence in Milwaukee.

During his speech that followed, Biden said ideas like Erica's will change America for the better.

"When he said that I kinda teared up. It was really cool to hear him say that about me because it was just amazing to see that things that I'm doing can impact other people just by me being me," said Erica.

VP Biden has a future job in mind for Erica.

"I should call you Madam President and I want to be the first to have said it," said Biden.

But good news for Milwaukee: she plans to stay local.

"It would be really cool to be Madam President but I really want to stick with "Girls in Action," and someday become a psychologist.

Here's a link to the full press conference with VP Biden: https://www.youtube.com/watch?v=KJjASvUk0CU