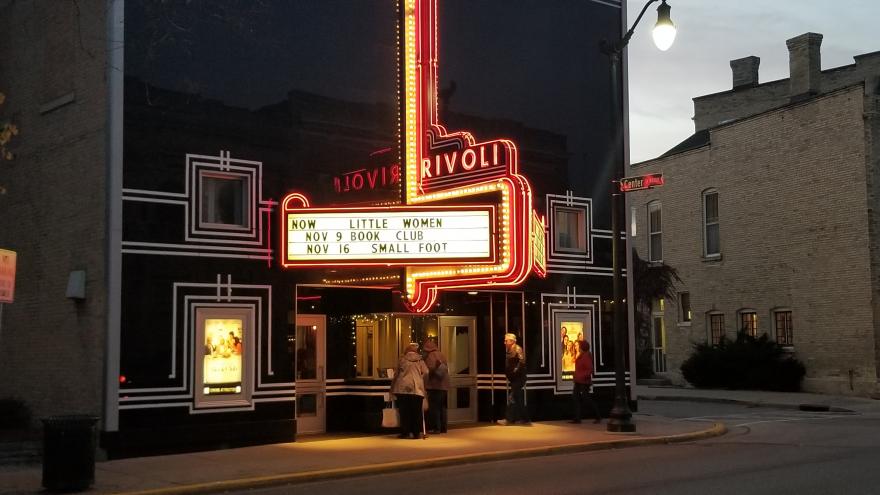 CEDARBUG (CBS 58) -- It will be a White Christmas after all at Rivoli Theatre.

The historic theater released a new holiday lineup on Wednesday that includes the beloved sing-along.

CEDARBURG (CBS 58) - A Christmas tradition is going dark this year.

The annual showing of White Christmas at the Rivoli theatre in Cedarburg isn’t happening this year because of a business decision.

Polacek goes every year, and even dresses the part.

“Friends and I would all get together, dress up in these 1920’s vintage clothes, walk down to the theater and watch White Christmas together,” said Polacek.

Voigt says the film is the anchor to their holiday movie season.

“We have 16 different classic films, and White Christmas was kind of like the hallmark,” said Voigt.

But that’s being put on hold this year.

“The rights to, exclusive rights to show White Christmas had been sold,” said Voigt.

The company that bought those licensing rights is only allowing the movie to be shown a certain theaters this year.

Rivoli, and hundreds of others aren’t included.

“Initially it was a tremendous disappointment,” said Voigt.

“There’s definitely the crowd that will be disappointed because, it became one of those movies where, everybody would sing along with all the songs, they knew all the words,” said Polacek.

The Rivoli plans on bringing the movie back next year. “Oh yes, we’ll have it back,” said Voigt.

The Rivoli still has 16 other holiday movies they are showing this year.

White Christmas is still showing at a few theaters in the Milwaukee area.