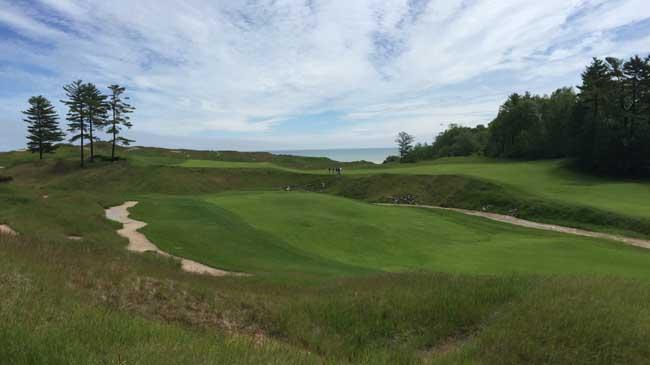 Golf Digest has once again included the Straits course at Whistling Straits on its second biennial list of World’s Top 100 Greatest Golf Courses – ranking 51st in the world. The February issue of the magazine, which is the world’s most widely read golf publication, lauded the course for its “rugged fairways and windswept greens.”

These accolades come on the heels of the January issue of the magazine which included Whistling Straits on its list of the Best Courses in 206 Countries.  This list, which sought to highlight the top courses in every country in the world, ranked Whistling Straits 22nd in the United States, out of a total of 15,620 courses.

“We are extremely honored Whistling Straits continues to be recognized as part of Golf Digest’s elite rankings,” said Jim Richerson, General Manager & Group Director of Golf for Kohler Co. “It’s very gratifying to see the vision and hard work that went into creating Whistling Straits rewarded in such a significant way by people who have experienced many of the top courses in the world.”

The magazine’s ranking is based on an editorial review by 1,200 course-evaluation panelists across North America and more than 600 international panelists, with added insights by the editors of 30 international Golf Digest editions. The magazine noted that 46 of the 100 courses on the list were seaside venues, and that coastal courses that emulate the early originals are much in-demand among today’s golfers.

Whistling Straits is made up of two links-style courses – the rugged lakeside Straits Course and the more inland grassland-and-dunes Irish Course. The Straits course hosted the 2015 PGA Championship – which was the most profitable Championship in combined ticket and hospitality sales – and will welcome the Ryder Cup in 2020.  Kohler is also the home of the much-praised Blackwolf Run, which is made up of two distinct courses – The River Course and The Meadow Valleys Course – that are separated by the Sheboygan River. Blackwolf Run was named by Golf Digest as “The Best New Public Course” in 1988 and has hosted Majors such as the 1998 and 2012 U.S. Women’s Open Championships.

Kohler Co., most notable for its artistic and innovative kitchen and plumbing products, has a rich history of creating high-end products and experiences. Since forming the Hospitality & Real Estate Group in 1981, Kohler Co. has continued the tradition of offering the most luxurious and personalized experiences at both Kohler-owned properties in Wisconsin and St Andrews. Both properties, known for their high-level customer service and impeccable attention to detail, are recognized internationally for their championship golf courses. Destination Kohler is home to public courses Whistling Straits and Blackwolf Run, which have collectively hosted the 1998 and 2012 U.S. Women’s Open, 2004 and 2010 PGA Championships, 2007 U.S. Senior Open and are the future locations for the 2015 PGA Championship and 2020 Ryder Cup.