When kids get their first cell phones around the world 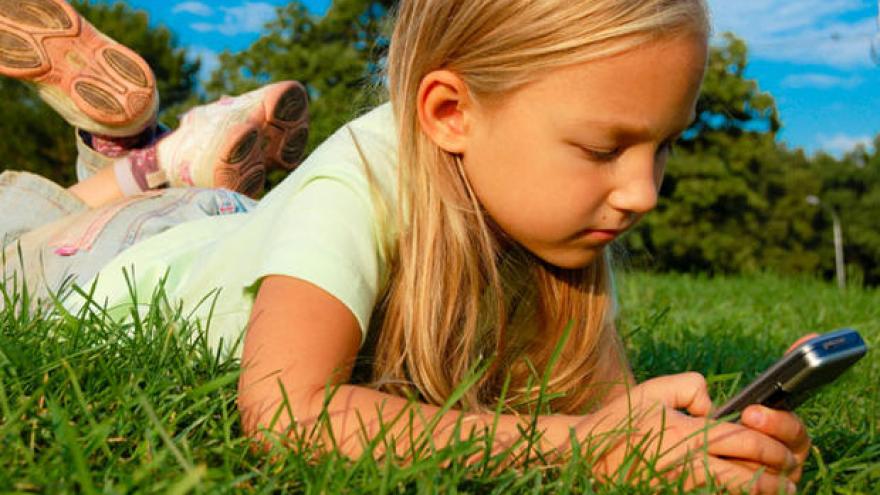 When kids get their first cell phones around the world

About six years ago, when Sophia was just a toddler, Zaske and her husband moved the family from Oregon to Berlin.

By the time Sophia was in third grade in Berlin, almost no one in her class owned a cell phone, let alone a smartphone, Zaske said, and Sophia hardly noticed.

"At that time, she only knew a few kids who had a phone, and most of those phones were flip phones" and not connected to the internet, Zaske said.

About 51% of German children ages 6 to 13 report having their own mobile phone, according to a report released last year by the Media Education Research Association Southwest's long-term KIM study in Germany.

But when Zaske and her family moved to California's San Francisco Bay Area, Sophia entered fourth grade and became the only student in her class without a smartphone, Zaske said, and the girl noticed.

"So she tells me, 'I think I might need a phone, Mom.' And I say, 'What for? You didn't need it before; why do you need it now?' " said Zaske, author of the upcoming book "Achtung Baby: An American Mom on the German Art of Raising Self-Reliant Children," to publish in January.

"We intend to give Sophia a flip phone next year so that she can call us and make plans with friends after school more easily, but we will hold off on the smartphone until high school," she said.

As in most developed countries, Zaske said, many German children had access to smartphones or computers in their homes, but owning their own mobile device was not as common as it appears to be among children and teens in the United States.

Here is a sampling of at what age children around the world are given their own cell phones.

'Children across countries were sensitive to costs'

Across Europe, about 46% of children 9 to 16 own a smartphone, according to a study published in the journal New Media & Society in 2015.

The study surveyed about 3,500 children in Belgium, Denmark, Ireland, Italy, Portugal, Romania and the United Kingdom between 2013 and 2014.

"Back in 2014, around 80% of children owned either a mobile phone or a smartphone; 46% owned a smartphone and 33% a mobile phone," said Giovanna Mascheroni, a senior lecturer at the Università Cattolica of Milan in Italy and lead author of the study.

Yet, she added, there were differences across countries in how much children were allowed to use their smartphones in school and other places.

"Children in Italy and the UK were more likely to be restricted at school. They had no access to Wi-Fi and had to turn off their smartphones, whereas children in Denmark reported using the smartphone for class activities more frequently," Mascheroni said.

"Children in Portugal were more affected by the economic crisis, so they reported not having an internet plan any longer because it was too expensive," she said. "In general, though, children across countries were sensitive to costs. They used Wi-Fi networks when possible and switched 3G or 4G off to save money and power."

In the United States, cell phone ownership seems to begin at a younger age.

Kids having their own service plans

In a Nielsen report released in February, about 45% of US children 10 to 12 had their own smartphone with a service plan, as opposed to just using Wi-Fi.

A separate report released last month by the nonprofit organization Common Sense Media found that 42% of US children 8 and younger now have their own tablet devices.

Those numbers came as no shock to Douglas Gentile, a psychology professor at Iowa State University who was not involved in the new report but has studied the effects of media use on children.

"It's not surprising, because it's what we look around ourselves and can see. I can see it at the airport, for example. I can see it at restaurants, and I can even see it in my own home where my younger daughter watches almost no television, but she'll watch lots of TV shows on her phone," Gentile told CNN in October.

Outside the US and Europe, children tend to own their first mobile phones when they are older.

In South Korea, about 72% of children owned a smartphone by ages 11 to 12, and they would spend up to 5.4 hours a day on them, according to a study published last year in the journal Computers in Human Behavior. In comparison, adults reported spending about 3.8 hours on their phones, according to the study.

"It seems that Korean children start to have their own mobile phone around second to third grade, and by the time they become fourth-graders, most of them have mobile phones," said Yoori Hwang, a researcher at Myongji University in Seoul and lead author of the study.

Among Taiwanese children, the numbers of those who used cell phones rose steadily from 45% of 11-year-olds to about 71% of 15-year-olds, according to a study published in the Journal of the Formosan Medical Association in 2015.

A wide disparity across cultures

In Turkey, there was no consensus among parents regarding the best time for their kids to have mobile phones, according to a study published last year in the Interactive Journal of Medical Research. The study involved 333 participants.

"According to the parent's responses, 3.3% indicated that there was no need for the presence of a mobile phone for children until the age of 18," Dinleyici said.

About four out of five, or 81%, of secondary school students in South Africa own or have access to a mobile phone, and about 31% have their own social network page, according to a report published by UNICEF in 2013.

In a study of fourth-year primary school children in Australia, nearly 31% owned or used a mobile phone at the start of the study. A year later, 43% did, according to their parents.

For the study, published in the journal Environmental Health in June, data were collected on 412 children from 36 schools in Melbourne and Wollongong between 2010 and 2013.

"Parents were asked at what age their child first owned or used a mobile phone. The median age was 8 years," said Mary Redmayne, an adjunct research fellow at Monash University in Australia and a co-author of the study.

"It seems that many parents of primary school children want to be able to contact their child, but we have not researched this," she said. "It would be interesting to know other reasons."

Best age for a kid's first phone? No one knows

All in all, the American Academy of Pediatrics notes that there is no "right" age to expose your child to screens or hand them their own cell phone.

Last year, however, the academy released new recommendations for children's media use. For instance, it recommended that children younger than 18 to 24 months avoid using digital media regularly, except when video-chatting.

The academy also advised that for children 2 to 5, screen time should be limited to one hour per day.

No matter the age, the academy recommended to avoid using media as the only way to calm your child, monitor your child's media content and what apps are used or downloaded, avoid screens one hour before bedtime, and keep meal times screen-free.