What's next with lawmakers agreeing on a deal for a new Bucks arena? 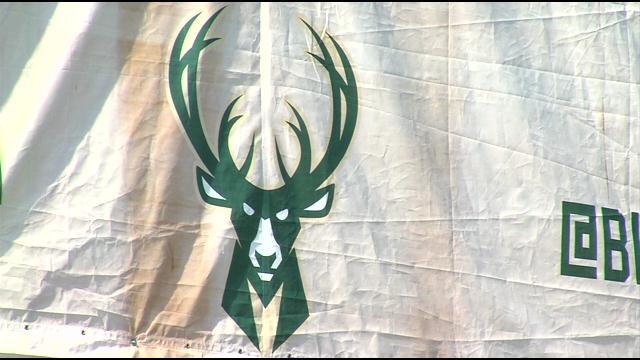 One state lawmaker tells CBS 58 plans are in place to hopefully have a vote in the Senate by next week, and get closer to breaking ground on a new Bucks arena.

In the Bucks new era, the team has exceeded expectations.

\"Having a successful team definitely helps the public in getting there and saying why aren't we putting money at this? If they start doing well, I think it shows it'll be a worthy investment,\" said Senator Larson. \"It's worth keeping the Bucks here.\"

Senator Larson knows the clock is ticking to get a deal done on using public funding to help build a new arena.

Otherwise the NBA would buy the team back in 2017 and move them out to another City.

\"We got a lot of meetings happening,\" said Senator Larson. \"We got some happening with Milwaukee legislators tomorrow.\"

Larson says lawmakers will be looking at the original deal that got pulled out of the State Budget.

\"What can change, what can be tweaked to make sure the balance is not going to only serve not just the Bucks, also serve taxpayers in Milwaukee and the citizens of Wisconsin.\"

CBS 58 spoke with fans who say keep the 12-point Buck in MKE.

\"It's more motivation because I think that will help out with the fan base and once the fan base gets larger, more revenue for downtown and the area where they want to build the arena, so it'll help out,\" said Bucks fan Gary Thomas.

With the signing of free agent Greg Monroe, the Bucks will have high expectations to make a deep run in the NBA playoffs next season.