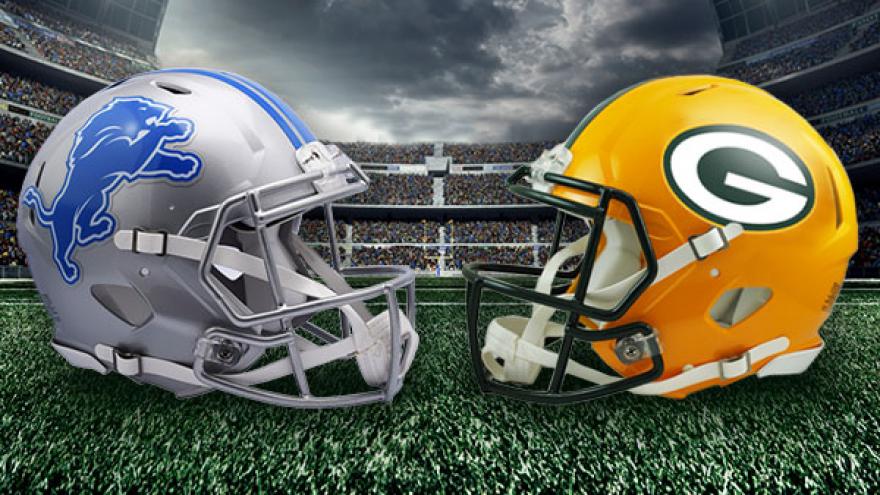 GREEN BAY, Wis. (CBS 58) -- Lambeau Field is ready for Monday night’s Packers-Lions game, which will honor veterans and military members in conjunction with the NFL-wide Salute to Service recognition of Veterans Day.

The Wisconsin Department of Transportation is reminding motorists that they should allow extra time traveling to Monday’s game, as commuter traffic and ongoing construction projects may cause slow travel.

Closer to the stadium, all lanes of travel in construction zones will be open in Brown County, although I-41, WIS 172 and I-43 could experience backups as fans head to and from Lambeau Field. I-41 interchanges at Oneida Street, Lombardi Avenue, WIS 172 and I-43 are also potential areas where delays may occur due to higher volumes of traffic.

Those heading to the game can consider using alternate highway interchanges further from Lambeau Field in Brown County to avoid higher traffic volumes. Please note, alternate routes require knowledge of local roads to navigate to the stadium. Alternate interchanges include:

Southbound I-41, south of stadium in Brown County

Southbound I-41 in Brown County narrows to two lanes after the Scheuring Road exit in De Pere. The large volume of vehicles leaving Lambeau Field on southbound I-41 and merging from multiple lanes into two lanes can cause lengthy vehicle queues and stopped traffic. Be prepared and alert if using southbound I-41 to exit the stadium.

A resurfacing project is taking place on I-41 from Kaukauna to De Pere. All lanes will be open to traffic, and no work will take place before or after the game.

Motorists will still encounter traffic control devices and orange barrels along the highway shoulders in the work zone.

A resurfacing project is taking place on I-43 in southern Brown County from Bellevue to Denmark. All lanes will be open to traffic, and no work will take place before or after the game.

Motorists will still encounter traffic control devices and orange barrels along the highway shoulders in the work zone.

Barrier wall, narrow lanes, short merge distances and orange barrels will be present at various locations due to the WIS 441 Tri-County Expansion Project.

Drivers will encounter reduced speed limits on I-41 near the US 10/WIS 441/I-41 interchange.

Drivers should also watch for reduced lane widths and reduced shoulder widths on northbound and southbound I-41.

Drivers should be aware of orange barrels, narrow lanes, barrier walls and reduced speed limits due to the WIS 441 Tri-County Expansion Project.

US 10 eastbound between County CB and I-41 northbound is reduced to a single lane.

The Packers are reminding game attendees that no bags or purses are allowed inside Lambeau Field unless they are clear plastic, vinyl or PVC and are no larger than 12” by 6” by 12”. All fans entering Lambeau Field on gamedays will use walk-through metal detectors. For more information on gameday carry-in and safety policies, please visit http://www.packers.com/gameday/.

In the Lambeau Field Atrium, fans will have the opportunity to sign and send a holiday card to a service member with the help of the American Red Cross as a part of their annual Holiday Mail for Heroes program. A card signing station will be open from 1:30 p.m. through halftime in the Atrium. Red Cross volunteers will deliver the cards throughout the holiday season to service members, veterans and their families across the world and around the country. The Red Cross has received and distributed more than 6.5 million cards for members of the U.S. Armed Forces, veterans and their families since the program began in 2006.

Prior to the game, fans can visit the Mobile Vet Center near the Johnsonville Tailgate Village to learn about the MVC’s mission of helping veterans adjust back to civilian life after serving in a war zone. The MVC travels to pre- and post-deployment locations letting the Reserve, Guard and Active Duty members know they are available to help them and their families.

Two featured alumni are scheduled to make appearances Monday; Don Davey and Tyrone Williams will be taking part in fan activities at the Johnsonville Tailgate Village and Legends Club, respectively, leading up to kickoff.

Prior to the national anthem, the Packers and WPS Health Solutions will be recognizing several Purple Heart recipients through Operation Fan Mail on the field.

The national anthem will be performed by the University of Wisconsin Marching Band, and Challenger the bald eagle will be flying inside the stadium.

The pregame festivities will also honor Macy Hartjes from Appleton, Wis., as the “Shopko Kick-Off Kid,” for her work hosting and leading an art class to raise money for Homeless Connections. Learn more about Shopko's Kids Making a Difference at shopko.com/kickoffkid.

During halftime, the High School Quarterback Challenge, presented by HPE and Camera Corner, will feature players from Appleton West and Pulaski High Schools in an on-field competition. Additionally, the University of Wisconsin Marching Band will perform on the field during the half and following the game for the “5th Quarter.”

Fans on Monday can enjoy the Johnsonville Tailgate Village, the permanent tailgating and event space in Lambeau Field’s east side parking lot. The JTV, along with the parking lots, will open at 3:30 p.m. for ticketed and non-ticketed guests alike and will feature live music, food, beverages and a festive tailgating atmosphere.