What if we stopped changing our clocks for Daylight Saving Time? 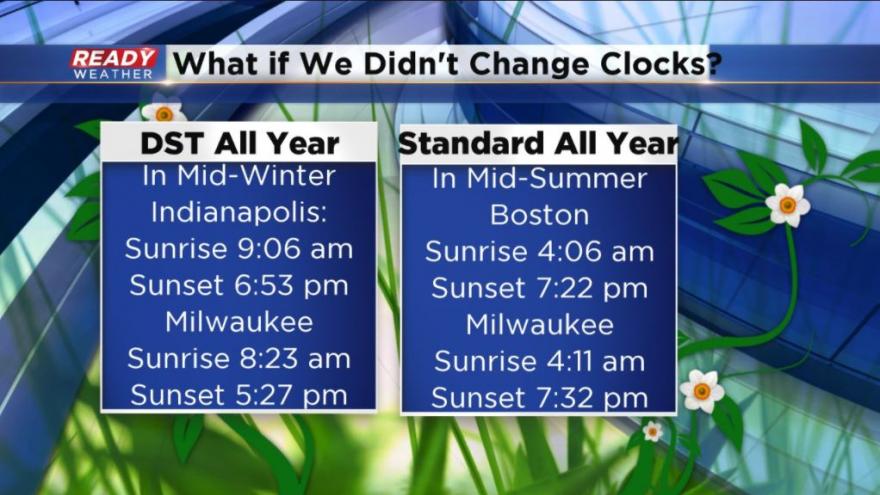 Daylight Saving Time has arrived regardless of if you love it or hate it. Wisconsin, along with the rest of the country, set the clocks ahead last night at 2 a.m. to start the season which brings us a later sunrise. 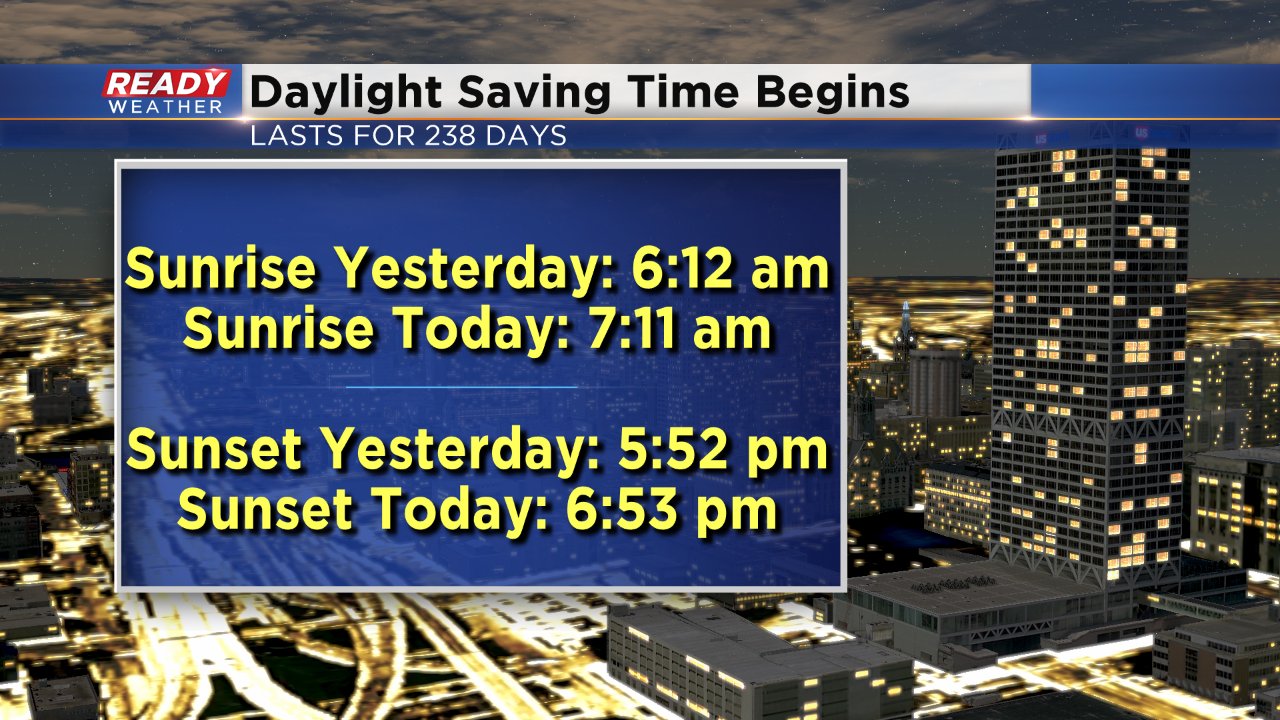 Every year there's a little talk on why we do Daylight Saving Time and if it's an outdated practice. I decided to put together a few facts:

- Benjamin Franklin may be credited with the idea, but he was actually joking. A scientist in New Zealand is actually known as the father of Daylight Saving Time.

- It started in Germany around World War I and quickly spread to other European countries. America didn't adopt it until two years later in 1918.

- Arizona doesn't observe Daylight Saving Time. The state doesn't really yearn for sunlight given the lower latitude and warmth so there's no need. Indiana used to not observe the time change, but they conformed in 2006.

- The start time for Daylight Saving Time is 2 a.m. because most early shift workers are still sleeping and most bars and restaurants have closed.

- There's no extra 's'. It is Daylight Saving Time without a 's' at the end of Saving. (Although say it however you want...)

There are some people extremely against Daylight Saving Time, especially at its start because you lose an hour of sleep. I did some research and here's how it would look if we didn't change our clocks and either observed DST all year long or standard time all year long.

It would most impact cities in the northern part of the US because they see sunrise and sunset times change greater than those closer to the equator. Boston and Indianapolis would be some of the most impacted cities since they are on the east and west side of the Eastern Time Zone.

If we stayed in DST all year, Indianapolis wouldn't see the sunrise in mid-winter until after 9 a.m. and just before 8:30 a.m. in Milwaukee.

If we stayed in standard time all year, in the heart of summer Boston would have a super early sunrise of 4:06 a.m. and it would start to get light around 3:30 a.m. Milwaukee wouldn't be too far behind with a sunrise of 4:11 a.m.

So now it's your opportunity to decide, given all the facts, do you love it or hate it. Let us know on our Facebook Page.