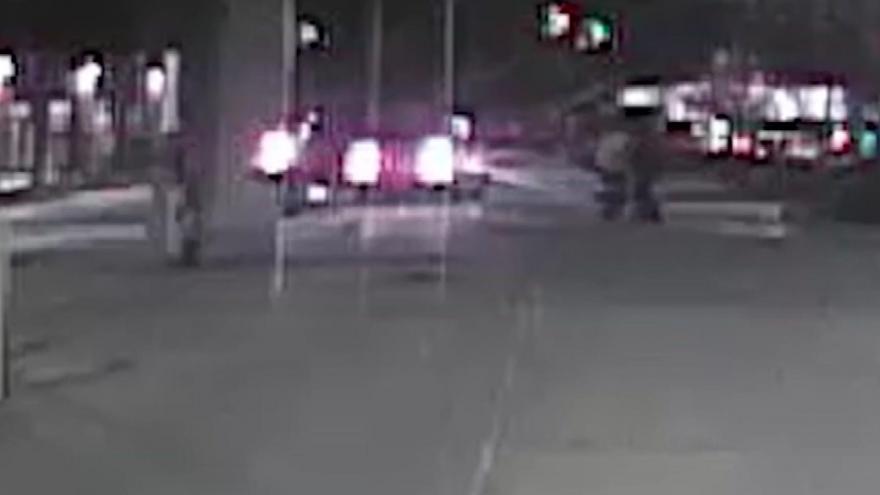 New video shows a Kenosha Police Officer repeatedly hitting a man in a hospital parking lot. Officer Kendal West was in uniform when it happened in January.

We've learned West thought the victim was having an affair with his wife. He's currently on paid administrative leave.

Officer Kendal West pleaded guilty to two charges, battery, and misconduct in office which is a felony. At his Sentencing Hearing yesterday, he was ordered to pay over $1,000.

At the center of Thursday's Police and Fire Commission Meeting was his future as a Kenosha Police Officer. Following an internal investigation, the police chief has filed numerous disciplinary charges and is recommending his termination. One alderman thinks that's the right move.

\"The chief made the right decision. He took a stand saying this type of behavior is not going to be tolerated on Kenosha PD. I'm glad he made that recommendation and I hope Police and Fire Commission uphold that next month,\" said Alderman Kevin Matthewson.

\"He's still presumed not guilty by this commission and he will have his time in the hearing,\" said President of the Police and Fire Commission, Richard Schend.

It will still be up to the Police and Fire Commission to determine whether or not Officer West will be terminated. West has 10 days to respond to the charges against him.

A Preliminary Hearing has been scheduled for April 20th.