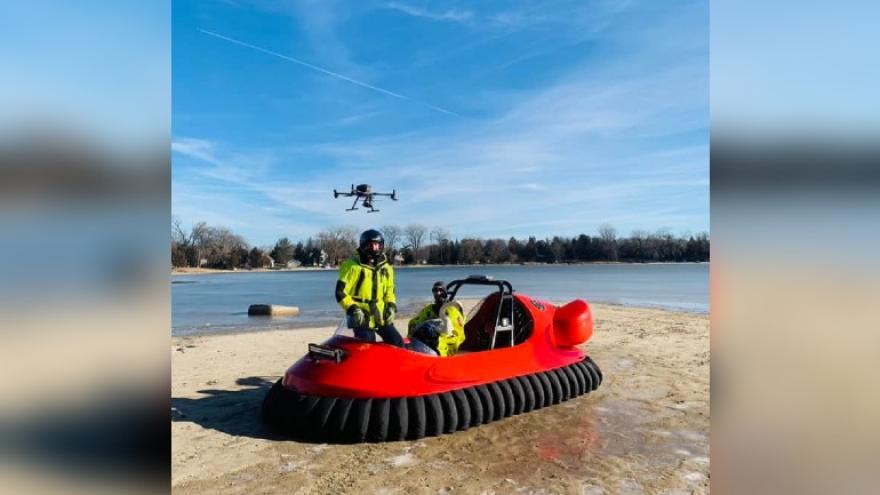 OTTAWA, Wis. (CBS 58) -- According to a post from the Western Lakes Fire District (WLFD), a Special Operations Division Aviation and Water Rescue personnel rescued an injured and ill Trumpeter Swan on Pretty Lake in the Town of Ottawa on Dec. 13.

Officials say that a concerned resident reached out to the Western Lakes Fire District about "a swan that appeared stuck on the ice and unable to fly."

Responding crews were reportedly able to assess the swan remotely with UAV Air 1 drone while a hovercraft was deployed with a pilot and rescue swimmer.

WLFD says the swimmer was able to grab the swan off the ice and transfer the animal to the Wildlife In Need Center personnel on the scene.

Thankfully, the rescue operation was a success and WLFD officials report that that "the swan is doing extremely well and in the care of professionals who will care for it until it can be returned to the wild."