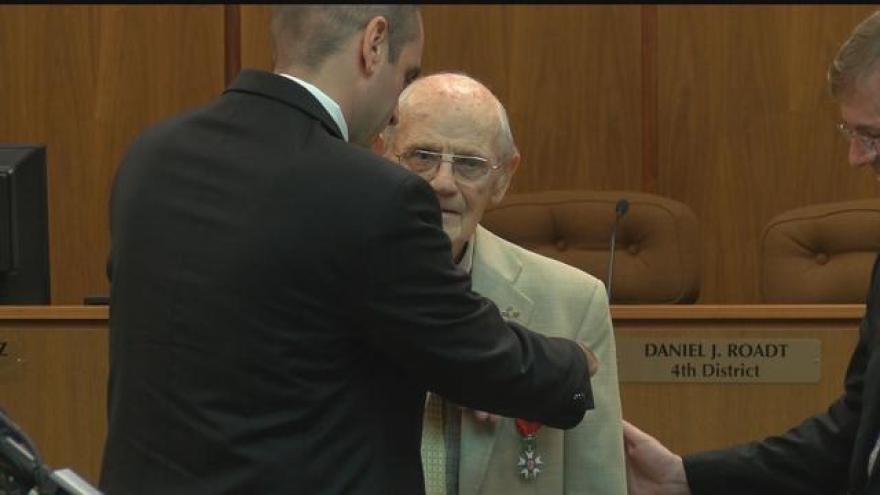 Lifelong West Allis resident Charles Doering received the Knight of the Legion of Honor Medal from France Monday. Doering served in the U.S. Army from 1943-1945 and fought battles in Northern France, Rhineland, and Central Europe. He attended a ceremony for the award at West Allis City Hall Monday and said receiving the award made his day.

"This is a day I'll never forget I'll take this to my grave with me," Doering said.  "This is beautiful today, I appreciate everybody coming out. But what I'm saying for all the guys, the 13 million or whatever it was, they all deserve this."

Doering said he and Marion, his wife of 68 years, were going to McDonald's to celebrate the honor.