The most recent took place at Diamond Jim's near 97th and Greenfield. Around 2:50 Wednesday morning, a 14-year-old broke into the dealership. Surveillance video shows the teen breaking the glass to get in. He is then seen roaming with a flashlight until the police show up. 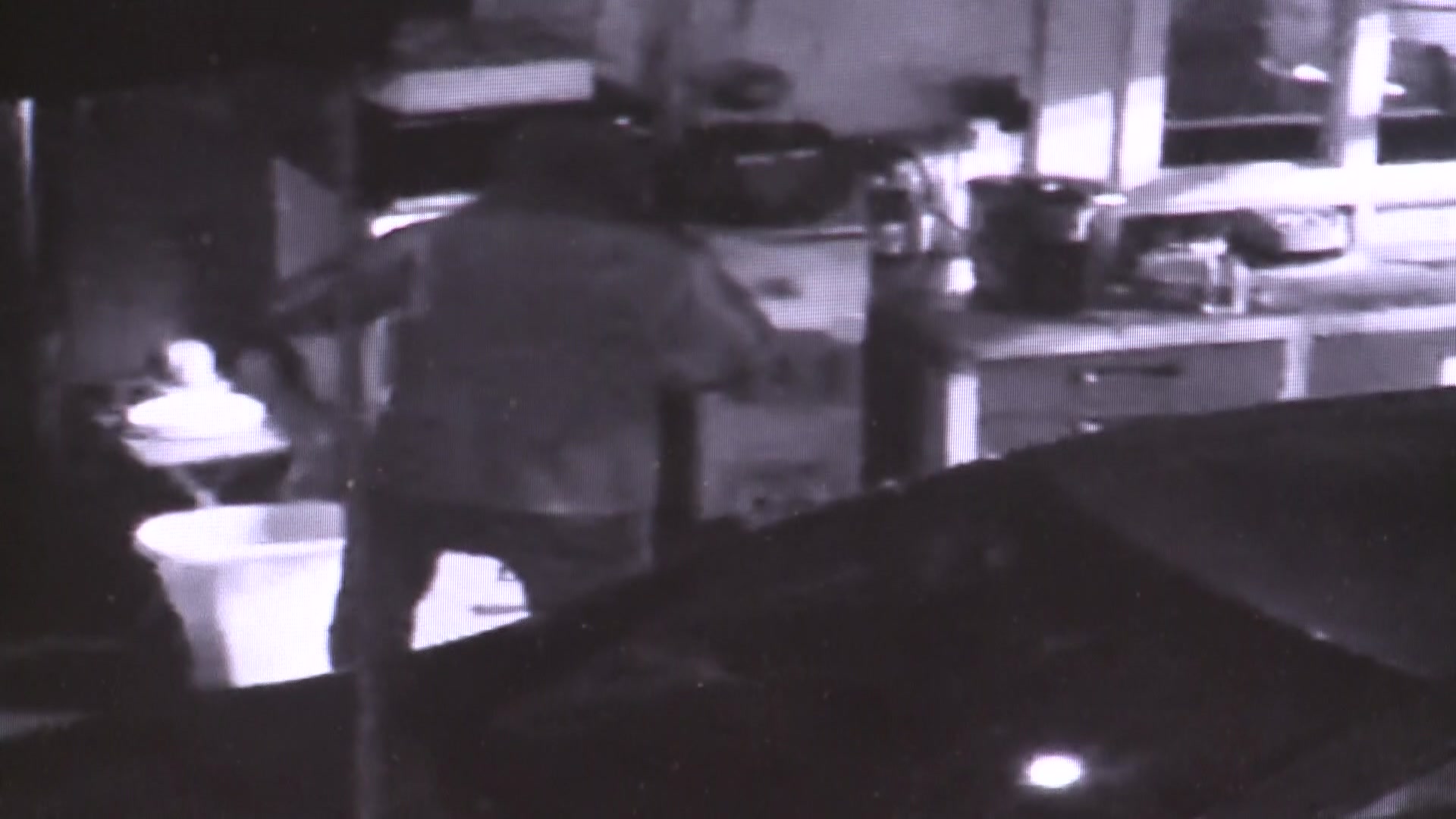 Police found him hiding in the closet. Nothing was taken. The teen was arrested for burglary.

There've been four incidents in over a month. 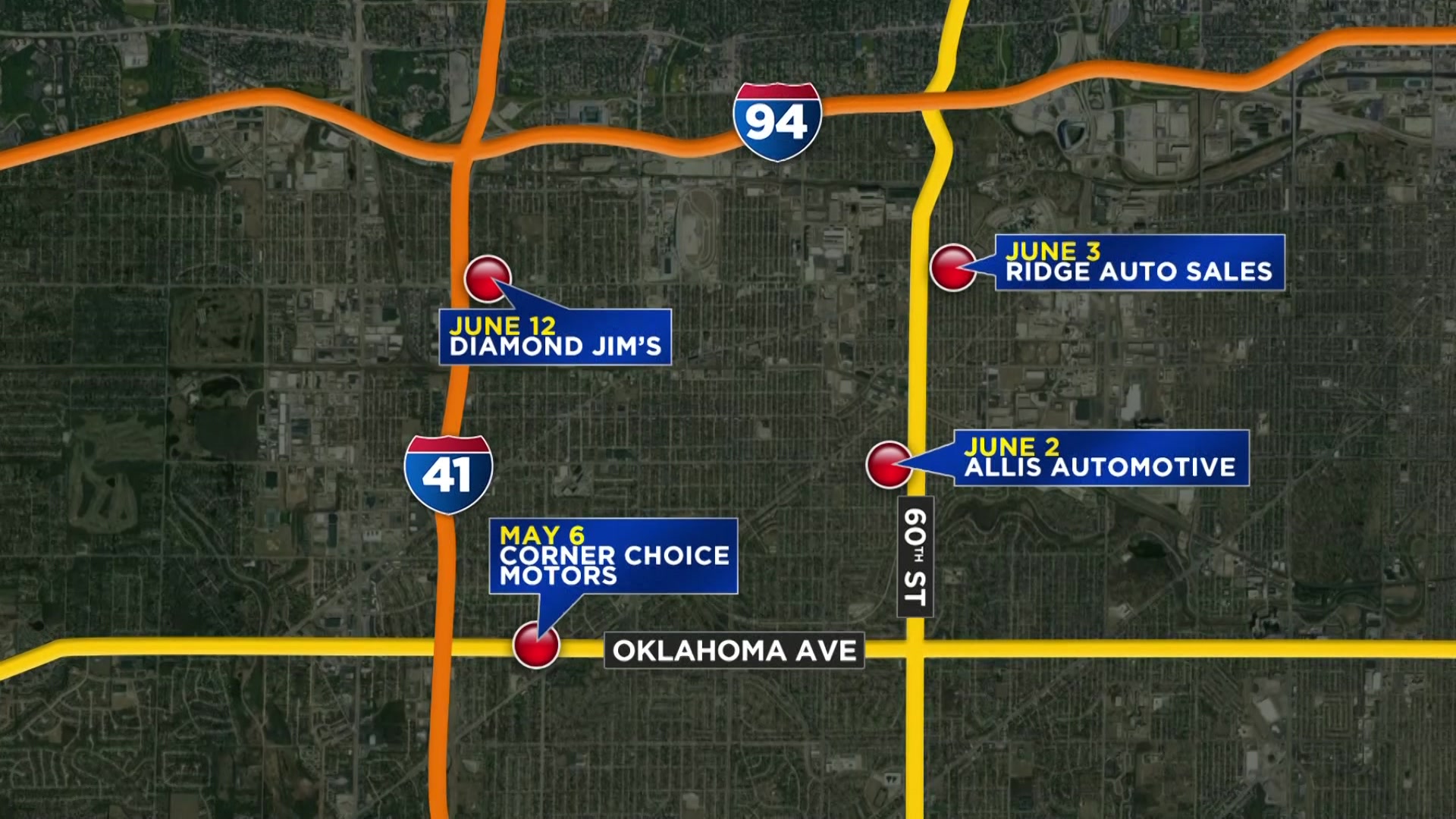 Noah works at Allis Automotive, an auto repair shop. Earlier this month, he went to work, saw broken glass and knew something was wrong.

“I was very shocked, went around the parking lot and there were three or four cars missing," said Stroika.

The next day at Ridge Auto Sales, two cars were stolen and two were damaged.

"These kids are purely on a joyride," said Scott Farkas, Owner of Ridge Auto Sales.

In surveillance video, you can see a group of teens with their hoods up, breaking and then you see them taking off with one of the cars. West Allis Police says they were in pursuit with the car and it ended in a PIT maneuver. Four teens were arrested. 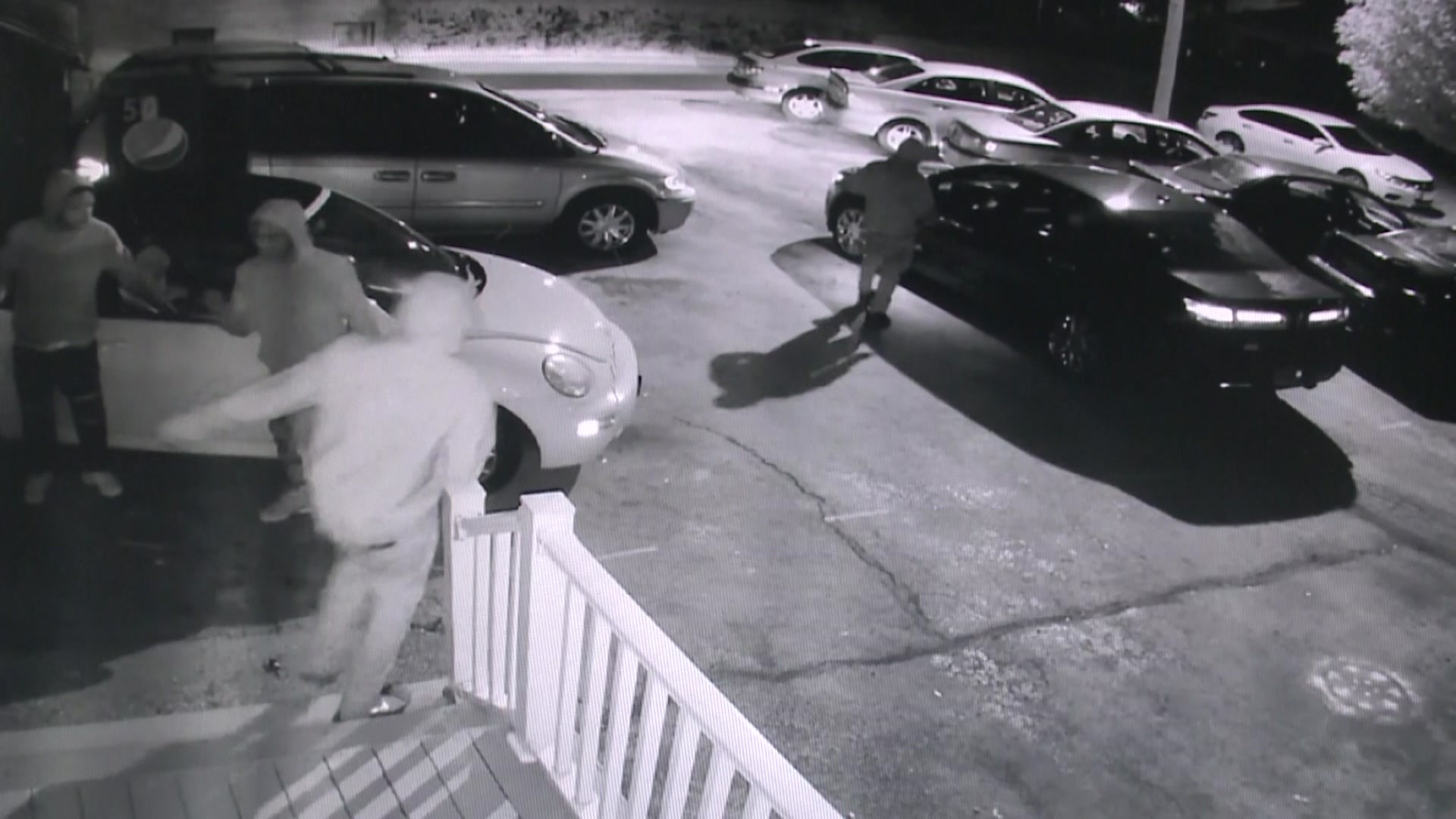 "They need to be prosecuted, something has to happen so they think twice before doing it," said Stroika.

Allis Automotive and Ridge Auto Sales are updating their security.

“We are going to update all our security get new cameras in and motion detectors," said Stroika.

West Allis Police is trying to determine if these cases are related. The teen that was found at Diamond Jim's was taken into custody for burglary.