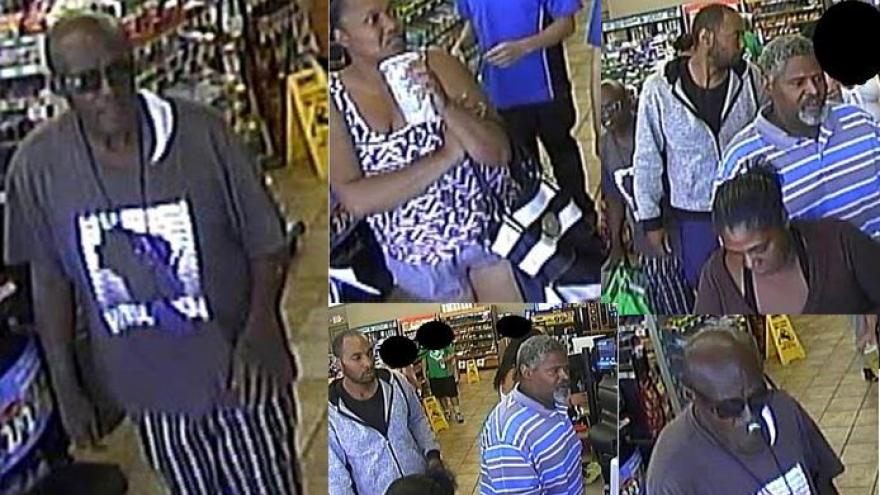 According to police, the suspects are wanted for stealing thousands of dollars of cartons of cigarettes at a business near 91st and National.

The main suspect is described as a black male with a shaved head. He was last seen wearing a gray colored shirt with a State of Wisconsin design on the front, white and gray checkered shorts, and sunglasses.

Image may contain: one or more people, people standing and stripes

Several other suspects are believed to have distracted store employees while the theft occurred.

They were last seen fleeing the scene in a silver colored 4-door vehicle, possibly a Chevrolet Lumina, with only the rear driver side hubcap on the tires.