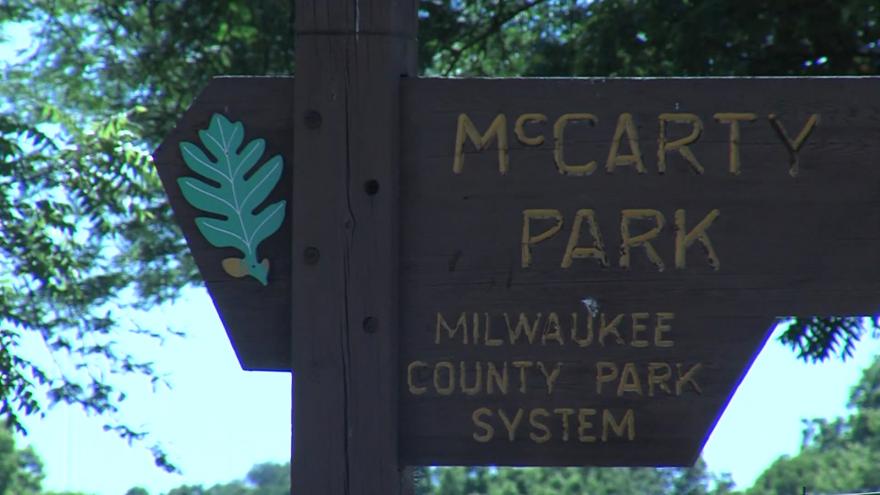 WEST ALLIS, Wis. (CBS 58) -- A man is in custody after investigators say a police officer caught him touching himself inappropriately at a West Allis park.

West Allis Police say just before 9:00 p.m. July 2, a fully uniformed officer went into the men's room at the pavilion near the baseball diamonds at McCarty Park.

The officer found a fully nude adult man performing a sexual act on himself just inside the entrance door. Another man who was trying to leave the restroom also witnessed the incident. Police said the suspect then became belligerent and uncooperative with officers, saying "don't make me get physical with you."

The suspect then stood up suddenly and threw his wallet at the officer. Officers then tased the man who ripped out the wires and thrashed his body, refusing repeated orders to get on his stomach. Officers used pepper spray and the man eventually laid down on his stomach until more officers arrived.

The man was taken into custody and continued to resist officers while in handcuffs.

Police said a number of people were still at and around the park at the time the incident occurred and as he was being loaded into an ambulance continued to scream and draw the attention of bystanders.

Police said the man was medically cleared at a nearby hospital and later taken to jail.