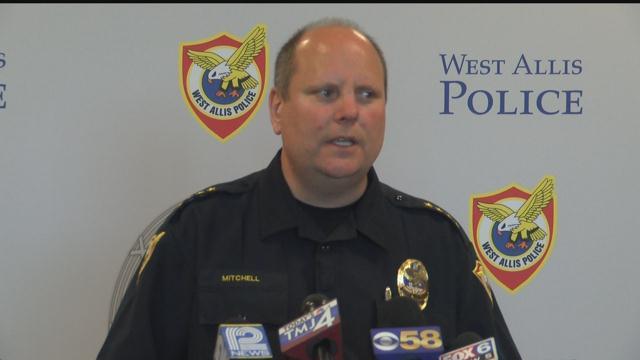 West Allis police say a 10 year old juvenile victim and her sister where on their way to class Thursday morning around 8 a.m. when they were encountered by a Hispanic man on the 6100 block of west Lapham Street.

“The suspect grabbed the student and refused to let the student leave the area and then engaged in an inappropriate area “, says Police Chief Patrick Mitchell for the West Allis Police Department.

Authorities say the juvenile victim was able to break away from the male and the younger female was not assaulted.

“There's going to be a tremendous psychological impact upon both of the young ladies, physically they are fine but you know mentally this is going to be I would suspect very challenging”, says Mitchell.

Police say the suspect was driving a red 4 door vehicle. He is approximately 20 to 30 years old, 5 feet tall, with a thin build, short black hair, and was wearing a white t-shirt and jeans.

“In response to this incident we have devoted tremendous investigative resources to attempt to identify the suspect and we have also developed a safety plan to ensure that student can get to and from school in a safe manner”, says Mitchell.

West Allis-West Milwaukee school district officials say they don’t have further information than what police have at the moment. They also say they have sent notifications to families to alert them on the issue.

Police say that they will be increasing vigilance in the area due to the incident.