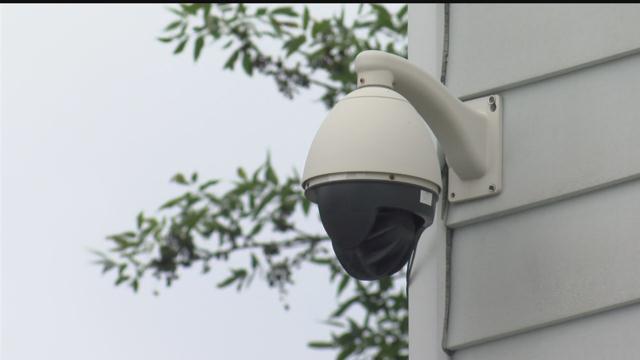 Getting away with crime is difficult in one West Allis neighborhood.

That's because she and her husband are watching each and every move. There are 15 surveillance cameras her upstairs neighbor installed around their home.

\"Last summer, somebody came into our backyard and stole a bike out of our backyard,\" she said. \"I saw the guy crawling through our yard and take off on the bike. I told my husband and he ran after him.\"

Under the new surveillance camera project, West Allis residents who have the devices can put their name on a list. If there's a crime in their area, police will call, giving them one more option for clues to catch suspects.

\"We do know private surveillance camera systems do help us quite a bit when we investigate different crimes and incidences,\" said West Allis Police Capt. Steve Beyer.

Capt. Beyer said devices on private property likely cover a wider area than businesses. So under the new program, police hope to have quicker, easier access to what could be a break in a case.

Capt. Beyer said burglaries and thefts in West Allis are down this year. Some residents disagree, but hope the program makes a difference.

\"As long as people know you're watching them, they may go somewhere else,\" said resident Mike Slater.

\"Hopefully things will get safer and better in this neighborhood rather than worse,\" said Lillback.

West Allis residents interested in the surveillance camera project can put their name on the list, by calling the West Allis Police Department at (414) 302-8050.