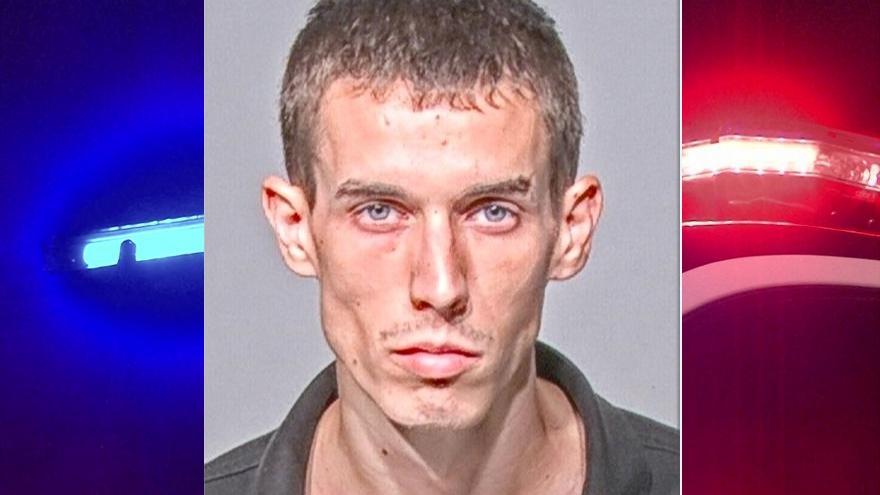 Robert Gibson, 25, is facing charges of Chronic Neglect of a Child - Consequence is Death.

West Allis Fire and Rescue Crews were dispatched to an address near 88th and Maple around 1 p.m. on July 28 for a report of a one-year-old child who was unresponsive and cold to the touch.

Upon arrival to the home, officers located the mom holding the lifeless body of a young girl who was pronounced dead at the scene.

The child's father, later identified as the defendant Gibson, told authorities that he put his daughter to sleep around 9:30 p.m. the evening before and discovered her lying face down in puke prior to the child's mother calling 911.

Officers spoke with the mom who told police she worked from 7 p.m. on July 27 through 2 a.m. on July 28. According to the criminal complaint, the dad drove the mom to work, leaving the daughter home unattended on each occasion.

The girl's mother told police she again checked on her daughter around 10 a.m. on July 28.

Just after 1 p.m., Gibson allegedly went to check on his daughter and that's when they discovered her lifeless body, according to the criminal complaint.

During an interview, Gibson denied any illegal drug use and told police he "has too much going on to be a drug user."

Authorities spoke with a neighbor who said he was very concerned for the welfare of the little girl. The neighbor said Gibson is a known drug abuser who has left the daughter home alone unattended on numerous occasions.

The neighbor told police he overheard a loud argument between Gibson and another person about missing Percocet pills. According to the neighbor, the argument involved a person coming to pick up Percocets from Gibson but Gibson could not allegedly find the pills. Gibson was allegedly heard telling the man that he believed his daughter got a hold of the pills.

A neighbor allegedly recorded conversations with the child's parents.

Officers obtained those recordings from the neighbor which allegedly captured the dad saying he knows the daughter got into some percs. In one recording, Gibson allegedly admitted finding a bag of Percocets on the ground, but the bag was "chewed and stuff."

In another recording, the father could be heard saying "I know she is going to have some percs in her system and someone is getting charged for it." Gibson could also be heard telling the mother that "we better make sure we get our stories straight."

According to the Medical Examiner, the toxicology results demonstrated the presence of oxycodone in the 18-month-old's body.  Her preliminary cause of death was ruled acute oxycodone intoxication.