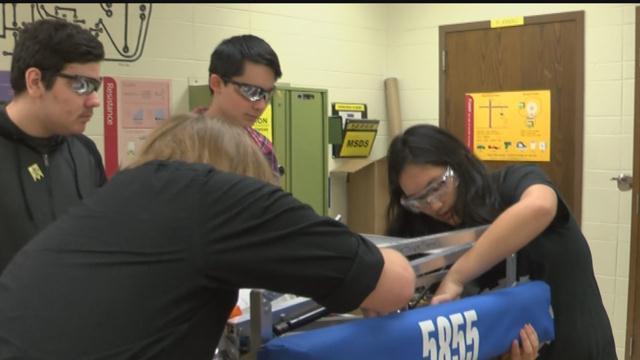 They were just high school kids who like to build things.

But these rookies from West Allis students have become state champions.

This team said they want so badly to take on the world competition in St. Louis.

It’s in just a few weeks.

But they may not get there unless they raise the money.

Niemer is the captain and the student who started the first robotics team at his high school.

“I just find building things and designing things fun and enjoyable. I will sit in my floor with legos. I am 17 and I will still play with legos,” said Niemer.

The team built Stanley who pushed a couple of robots around at the competition.

They have been brainstorming and hosting fundraisers.

A fundraising page has been setup where individuals and businesses can donate.