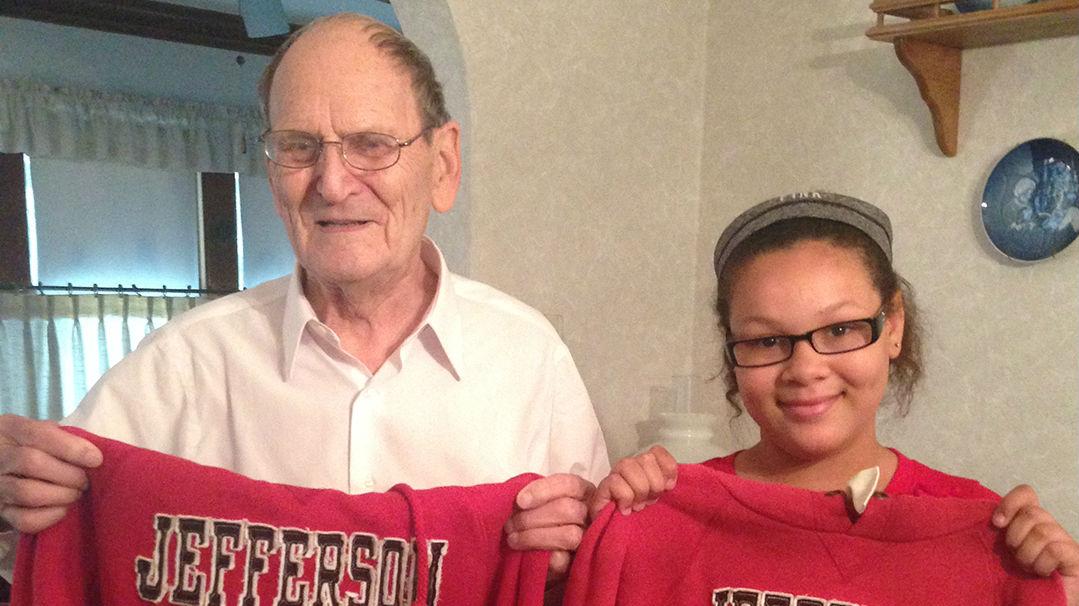 Girl Scouts of Wisconsin Southeast announces that in recognition of heroic efforts that resulted in saving a 92-year-old man’s life, 10-year-old Faith Thomas of West Allis, a Girl Scout Junior and 5th grader at Jefferson Elementary School in West Allis, has received the Girl Scouts of the USA National Lifesaving Medal of Honor Award.

Thomas is one of only 30 girls nationwide to receive the award thus far this year. She was recognized during a surprise presentation at school Monday afternoon.

On a rainy morning this past May, Faith was working on a project in her third-floor classroom at Jefferson Elementary School in West Allis when she started hearing unusual noises coming from outside. After walking to the window several times to try to figure out where the noise was coming from, she heard a clear shout for help and told her teacher. Because of Faith’s awareness and persistence, 92-year-old Lee Sideras was found lying in the alley near his house.

Sideras had fallen and couldn’t get up and had been out in the rain calling for help for several hours. He was taken to the hospital by ambulance and made a full recovery after a week in the hospital with pneumonia.

“We are so proud of Faith for her courage to speak up and for her alertness on that day in May,” said Sideras’ daughter, Jill Sideras O’Connell. “My father calls Faith his angel.”

Faith is very happy to know that she helped to save a 92-year-old man’s life. “After Mr. Sideras got out of the hospital I got to visit him,” said Faith. “He is such a nice man. I offered to have my Girl Scout troop clean his yard and shovel his snow in the winter. If I was 92 I would want help too.”

“The mission of Girl Scouts is to build girls of courage, confidence, and character who make the world a better place,” said Christy L. Brown, chief executive officer of Girl Scouts of Wisconsin Southeast. “Faith is a living testament to the highest principles of the Girl Scout Promise and Law and we could not be prouder of her achievement.”