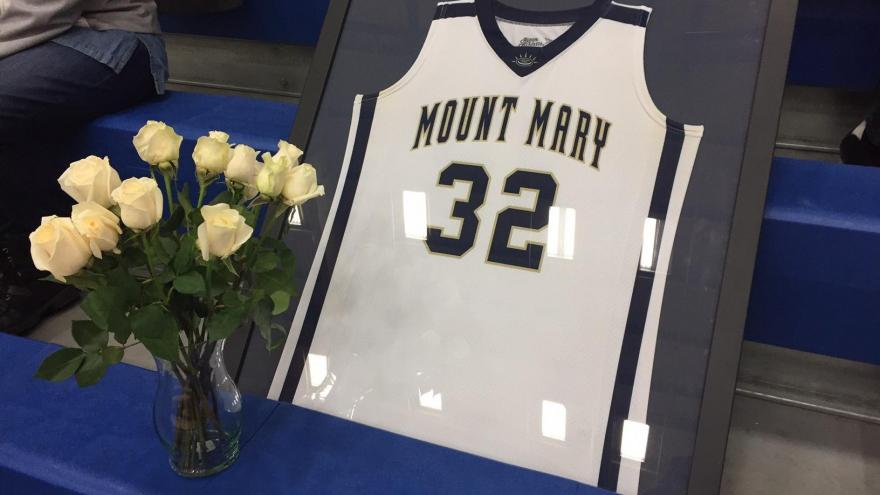 Inside Mt. Mary's Bloechl Center, a number 32 jersey hangs at the end of the bench.

It belongs to Tajah Williams, a former player shot and killed the day after Christmas.

Her killer remains on the loose, but her teammates are making sure she's not forgotten.

Saturday, each player grabbed a white rose, dropping it into a vase below Williams' jersey before the game.

"She's a part of the Blue Angel's family, so we wanted to celebrate her remembrance," said Friend Shandrieka Richardson.

At halftime, the team presented Williams' jersey and the flowers to her family.

"It means a lot," said her Godfather Anthony Franklin. "We certainly miss Tajah very much, she was a great gift to the earth, and a servant to mankind."

Williams was a youth basketball coach, so Mt. Mary decided to donate money and equipment to P.L.A.Y Athletics, where Williams worked.

"Whatever they needed her to be, she was there," says Franklin. "She loved children very much, and we know that they're going to greatly miss her as well."

As for the game, the Blue Angels won by 2, mounting a frantic comeback in the final minutes.