"We Hit the Floor"; Two Men Shot During Funeral Service at Milwaukee Church 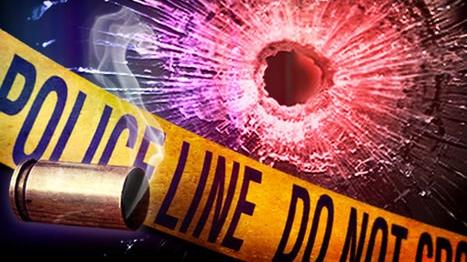 Two men were shot during an altercation at the Greater Mount Sinai Church Saturday afternoon. Police say it happened just inside the main doors, as a funeral service was happening inside.

Police say it happened around 1:25 p.m., as attendees were leaving the service at 60th and Custer.

They say two men, a 29-year-old, and a 28-year-old, were hospitalized with minor injuries.

Perry Ward was sitting near the back of the sanctuary.

His wife Billie says were over 1,000 people at the church when it happened. They had gathered to pay respects to Kirby Clark, who was shot and killed inside his car on April 19th.

"The church was packed," says Ward. "All of a sudden shots rang out. My husband and I were sitting about 3 rows from the front door, and the shots just came from behind us."

Ward says they froze in place, waiting for the all-clear to be given.

"I think we were just trying to be quiet and not attract attention to the shooter if it was inside."

As of Saturday night, police did not have a suspect in custody.

Police continue to investigative the motive behind the shooting.