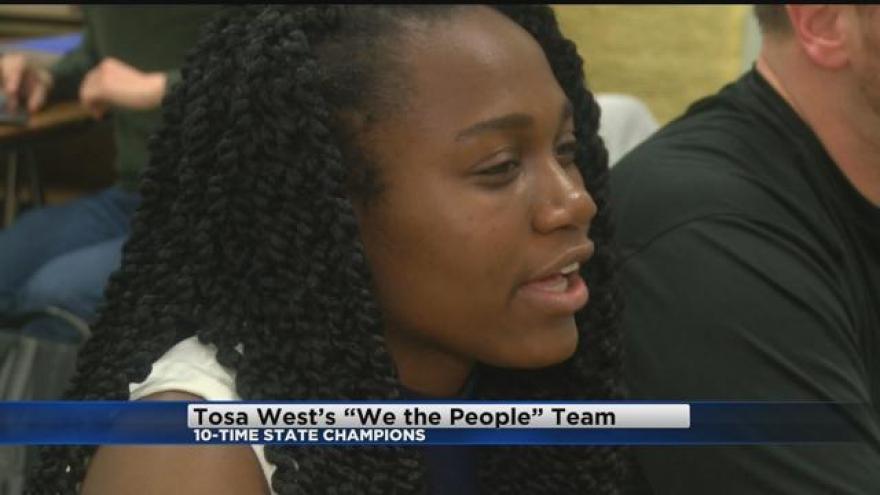 Ten consecutive classes of juniors at Wauwatosa West have won the state's U.S. Constitution Competition called “We the People.”

They are practicing for nationals in April.

The competition is set up like a mock congressional hearing.

Teams of four or five students face a panel of judges who grill them on different government and constitutional topics like gun control, campaign finance and new this year the electoral college.

They are expected to know both sides of the argument.

The team is raising money to help fund the trip to Washington.