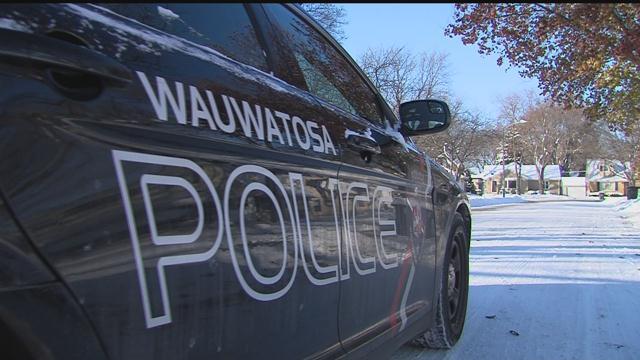 As the bitterly cold weather settles in, a warning to drivers from police: thieves are targeting running cars left unattended.

CBS 58 News rode along with Wauwatosa Police Sergeant Katie Gierach during the early hours Thursday morning. It was just minutes into the shift Sgt. Gierach found a potential car theft victim. The car was sitting in a driveway, left running, unattended, and unlocked.

Sgt. Gierach said, that's exactly how thieves get what they're looking for.

“Most of these car thieves are not smashing windows. They aren’t doing anything super difficult. They're just going up to a car, opening the car, hopping in, and driving away," she explained.

In an effort to reduce the number of vehicle thefts, Gierach and other officers drive around targeted areas to look not only for potential thieves, but victims as well.

“A lot of these people don’t really know these thefts are going on, so it’s important to get that education out there," she elaborated.

Gierach said the department saw a spike in auto thefts two years ago when people were warming up their cars. Since increasing patrols, the number of thefts has gone down.

“It’s absolutely preventable. The number one thing people can do to prevent this is lock their doors, or sit in your car while it’s warming up,” Gierach said.