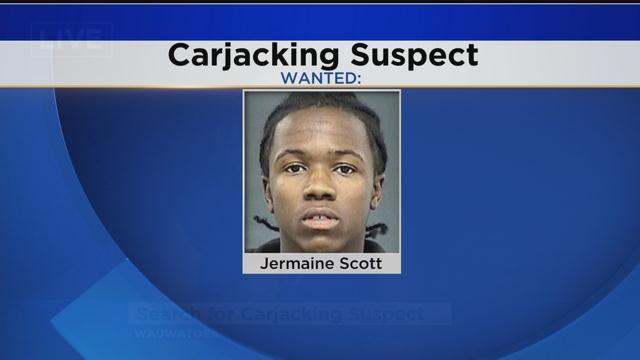 Wauwatosa Police have identified Jermaine Scott,17, as a suspect an armed carjacking the morning of July 15th near the popular bar Leff's Lucky Town.

He is five feet tall and about 120 pounds.

From July 15th to July 23rd, Tosa Police say there have been three carjackings.

Disturbing when you consider that there was just one in Wauwatosa in the nine months prior.

\"They're taking them joy riding throughout different neighborhoods and posting videos, posting pictures on their own personal facebook or online accounts. Basically, they're boasting and bragging about the vehicles they've stolen.\"

CBS 58's Sarah Barwacz was in the neighborhood Friday night where residents are telling her there was a car theft just the night before.

One resident also reporting suspicious individuals acting as if \"they are casing\"  the neighborhood.

When it comes to locating Jermaine Scott police ask anyone with  information to please call (414) 471-8430.