Journalist and author Jeremy Scahill comes from the class of 1992. On Wednesday, Tosa East added Scahill to its 'Wall of Inspiration.' 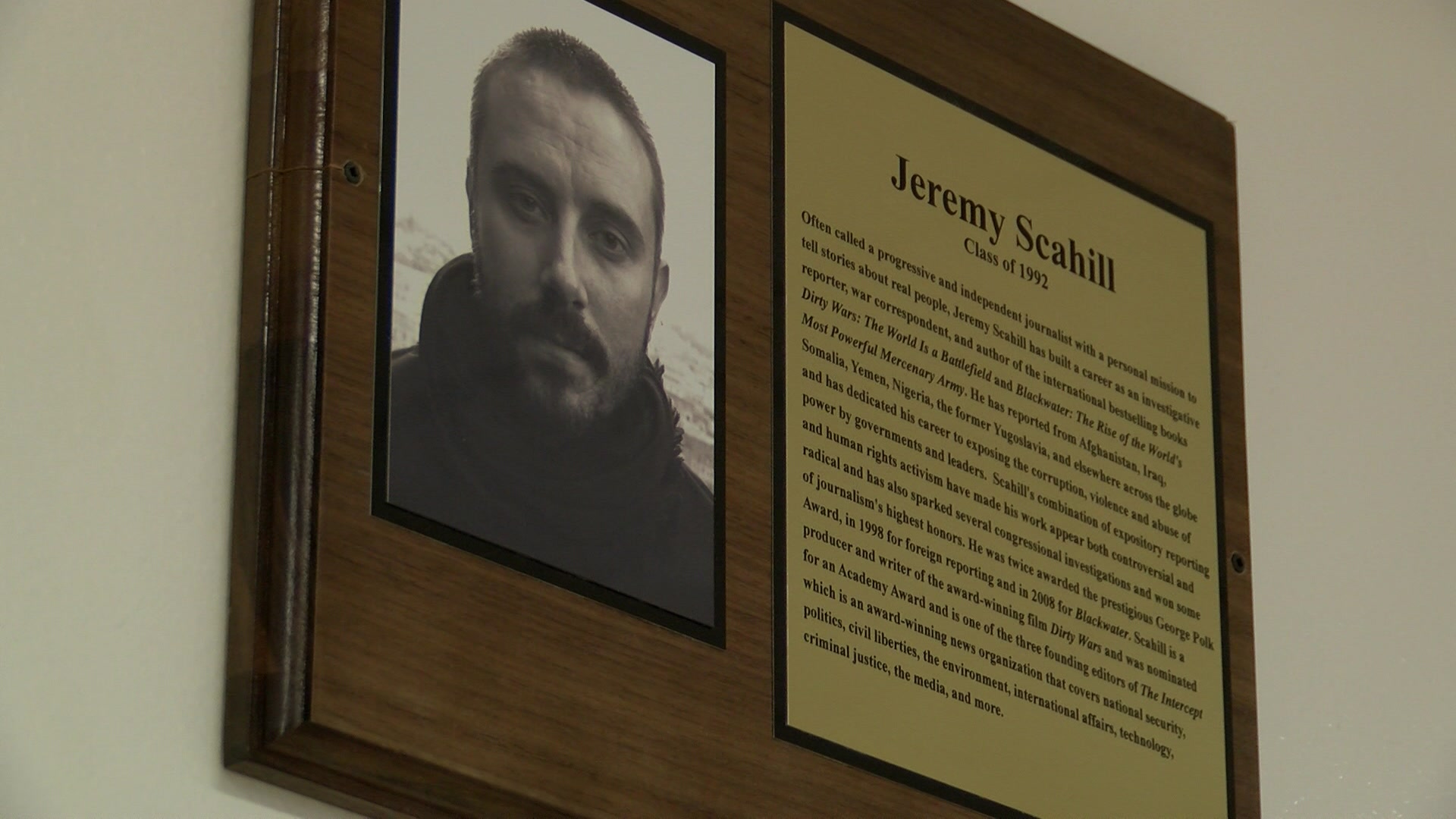 He’s been an investigative reporter, war correspondent, and he wrote and produced an Academy Award-nominated documentary called “Dirty Wars.”

“Several black fellow students and I published and got this written up in the Journal Sentinel. We published a secret newsletter that we distributed in this room really early in the morning, and it was addressing some of the racial tensions in the school,” Scahill recalled.

Tosa East’s wall of inspiration was created 15 years ago to honor notable alums and to inspire new generations of students.