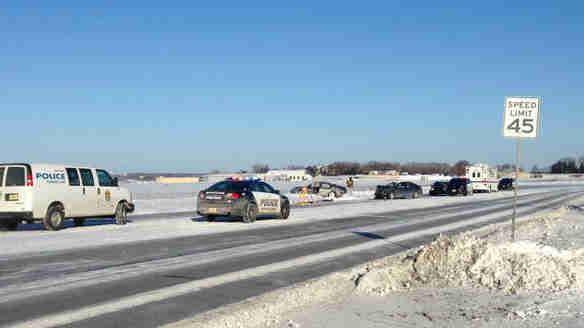 Waukesha police report the 51-year-old woman originally reported as deceased in a two-car accident is alive. The woman was presumed dead at the scene of the crash on Pewaukee Rd. south of Bluemound Rd. The accident forced the closure of southbound lanes of Pewaukee Rd. between Bluemound Rd. and Northview Rd.

According to police, the 51-year-old woman did not have a pulse and was not breathing. The woman was presumed dead by emergency responders. Police say medical personnel were able to eventually establish a pulse. The 51-year-old woman is now in the Intensive Care Unit at Waukesha Memorial Hospital.

The driver of the other vehicle involved in this accident was transported to Waukesha Memorial Hospital for treatment of non-life threatening injuries.

All lanes on Pewaukee Rd. have been reopened.

\"That stretch of roadway is a very dangerous stretch of roadway every day in the city of Waukesha,\" Habanek said.  \"Most often when the wind is blowing because as you can see the snow blows onto the roadway and it carries from the airport. A lot of times we have crashes in this location.\"