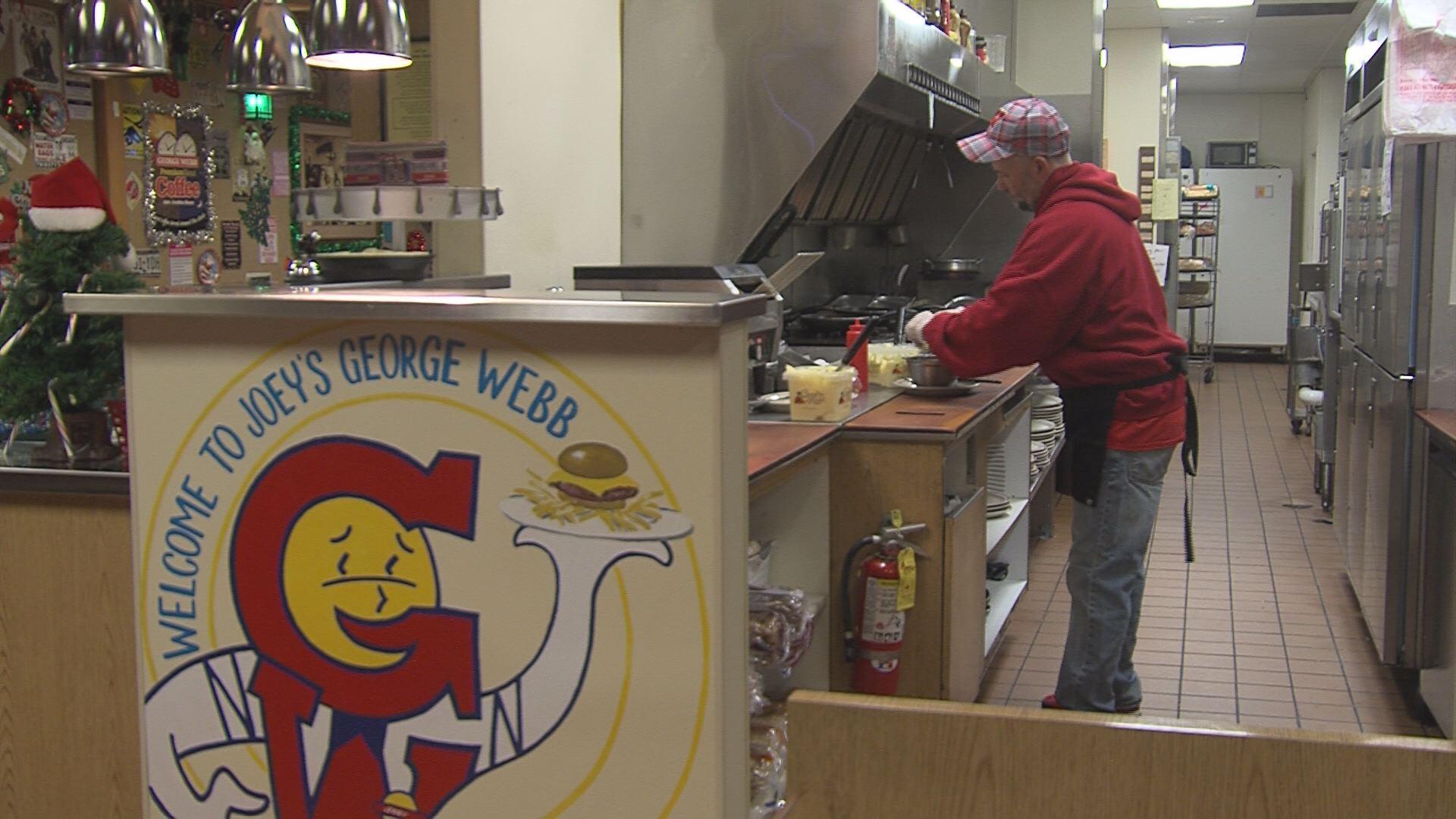 Churches, shelters, and food pantries across our area had a variety of feasts and food giveaways this Thanksgiving holiday; but there was no feast quite like the one at George Webb in Waukesha.

For the second straight year, a George Webb diner at 139 E. Sunset in Waukesha gave out free burgers in the spirit of Thanksgiving. It was not a company-wide promotion; it was the idea of one diner franchise owner.

Joey Gudgeon, a Waukesha George Webb franchise owner, stood in front of the grill as he explained he gave his employees Thanksgiving Day off.

He says he gave away about 300 free burgers Thanksgiving Day, more than last year.

He said, "My personal convictions tell me to share, you have a little bit extra so give."

Gudgeon has an intense desire to share, and that partially comes from a desire to give back to the community he says he took from. Six years ago his life was going in a much different direction.

Gudgeon said, "I was addicted to alcohol and other substances that weren't healthy for living and I made poor choices."

Choices he says he hopes people and God will forgive him for. Gudgeon says he wants people to hear his story and to have hope. He just bought a second George Webb franchise, and over the next 10 years hopes to own more.

Gudgeon says he will give away free burgers again for Christmas, he says he's also going to give Christmas gifts to children who need them.