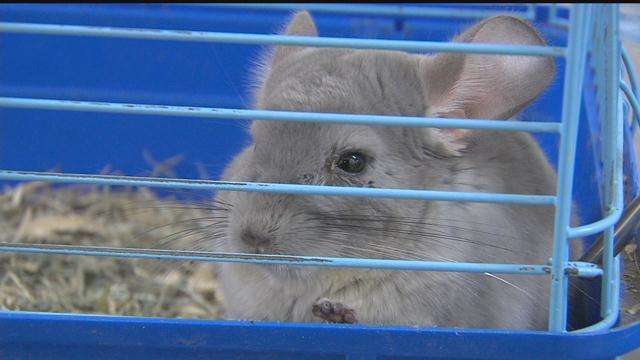 A Waukesha judge ordered a couple to get rid of hundreds of chinchillas as part of their guilty sentence related related to animal hoarding.

On Wednesday 50-year-old Garrett Rees and 39-year-old Tricia Rees were found guilty on one count of neglecting a child and one count of not having proper ventilation for their animals' well-beings.

In May of 2015 authorities called in the Humane Animal Welfare Society to remove 331 chinchillas from the couple's Waukesha home on Melody lane.

The big question asked by animal advocacy groups has been: will the couple be allowed to keep their chinchillas when the case is over?

The answer is no and neither Garrett nor Tricia Rees will not be allowed to keep chinchillas as pets from this point forward.

Authorities described how bad the conditions were that led to the charges. The said the chinchilla's cages swarmed with flies and the smell of ammonia in the air burnt their eyes and noses.

Three children were living at the home at the time and the couple was charged with three counts of neglect.

On Wednesday the judge ultimately decided to find the couple guilty of just one of those neglect charges along with the ventilation-related animal treatment charge.

Outlined in sentencing, Garrett and Tricia Rees both have 15-months of stayed jail time. That means they won't have to go to jail unless they they don't fulfill the terms of probation which will last for two years.

They are also sentenced to perform 100 hours of community service apiece.

They also have to get rid of their chinchillas and are allowed to sell them within a 60 day time period. They will have to follow a probation officer's rules while doing that through the Humane Animal Welfare Society, according to court documents.

The couple is also ordered to follow through with any family counseling recommended by their probation officers.

And as far as it goes for pets, the couple is allowed to keep their two cats but no other animals will be allowed in their home.