WAUKESHA, Wis. (CBS 58) - Waukesha County is already getting ready for winter by showing of its new salt storage and brine facility.

Currently, there is more than 15,000 tons of salt inside the building. Waukesha County Highway Operations Manager Bab Rauchle said it's likely one of the biggest salt storage buildings in Wisconsin.

"I know it's only October, but two years ago we had snow on Halloween and that's only 20-something days away," Rauchle said.

Tuesday, Oct 5, Waukesha Public Works showed off its new salt storage and brine facility. Rauchle said the more than 15,000 tons of salt inside will be used to salt county roads, and will also be sold off to at least ten other municipalities in the County.

Waukesha Highway Supervisor Rick Gillis said the large storage facility allows the county to stock up on salt at once -- which is a good thing since salt prices are going up.

"So, this allows us to have enough salt on hand to make it through the whole winter," Gillis said.

The new building also includes a brine facility, which allows the county to make 6,000 gallons of brine in 30 minutes.

"We can brine really, really quick. All of our trucks are equip with tanks on board," Gillis said.

The county has also invested in brand new snow plows for the winter. 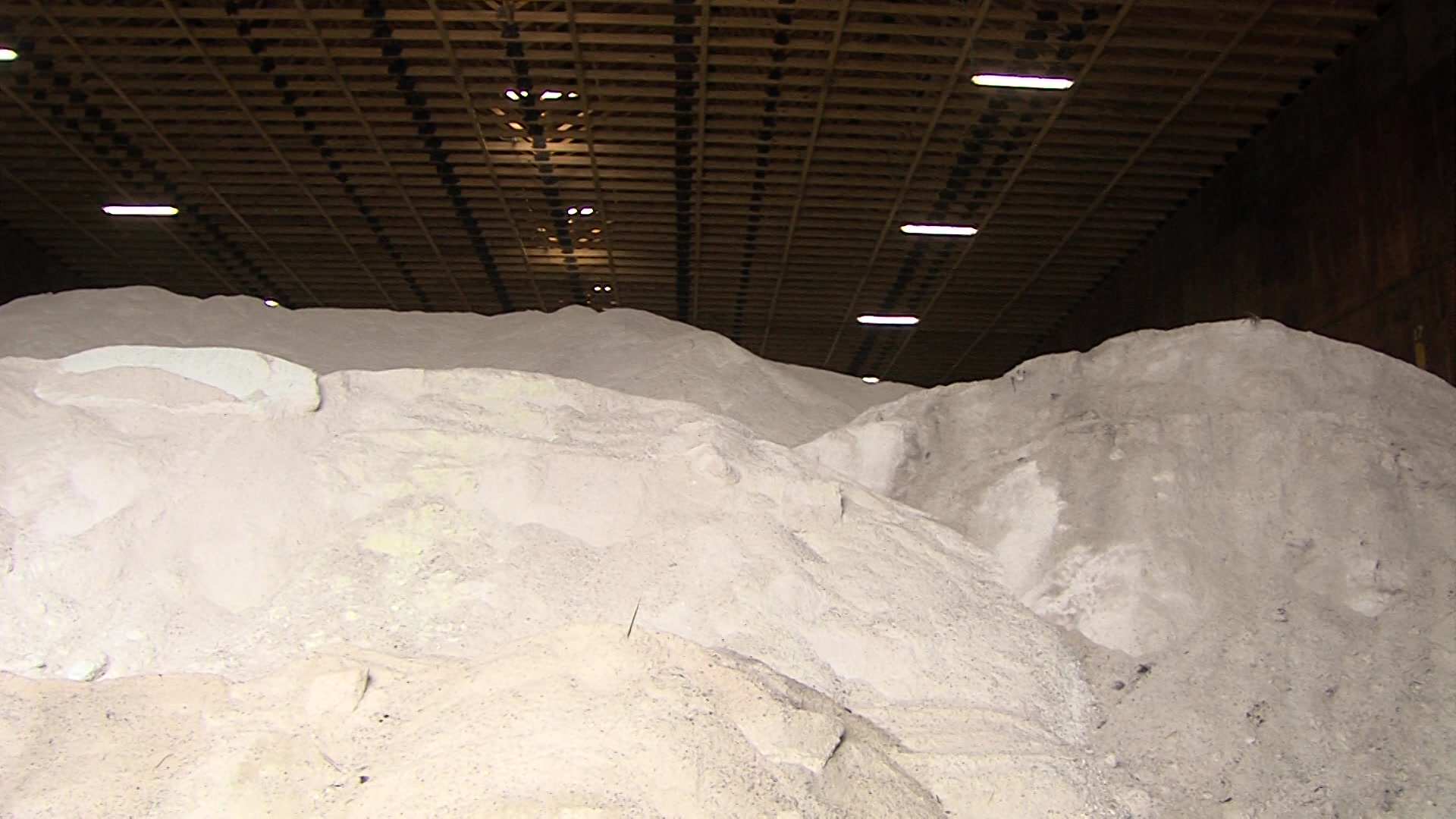