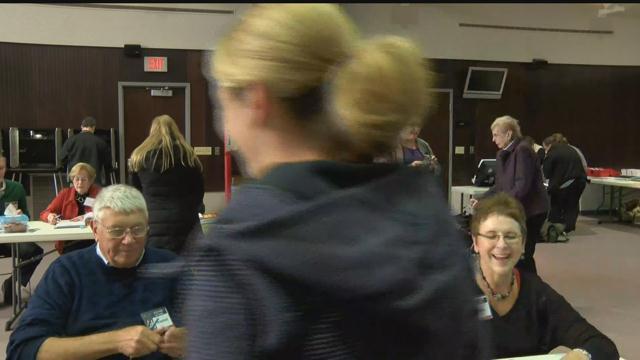 Waukesha County has been expecting an absolutely huge voter turnout driven by the race for the White House.

We have live reports just ahead from here and from Milwaukee.

Interest in today's Wisconsin vote has been building for weeks and not just inside the state.

Anyone who's been following the presidential race knows that this state has the potential of being a turning point, certainly for the Republicans, but maybe the Democrats as well.

Right now the polls are buzzing, you can see the line building.

But he also says it's been smooth sailing with little to no problems.

A little under 4-thousand people are expected to vote her today-and at last Check there was about 2000 that have come thru the door.

And this ward 4 location is prepared- they've printed 110% of the ballots needed so they won’t run out of ballots.

The election inspector says there has been a larger number of voters, but not any more questions than normal.

One voter tells us she was in and out faster than she even expected.

The inspector also told us-the only problem they had with Ids is simply people forgetting them.