Waukesha Co. Dispatcher Surprised, Thanked, by man he Helped Save 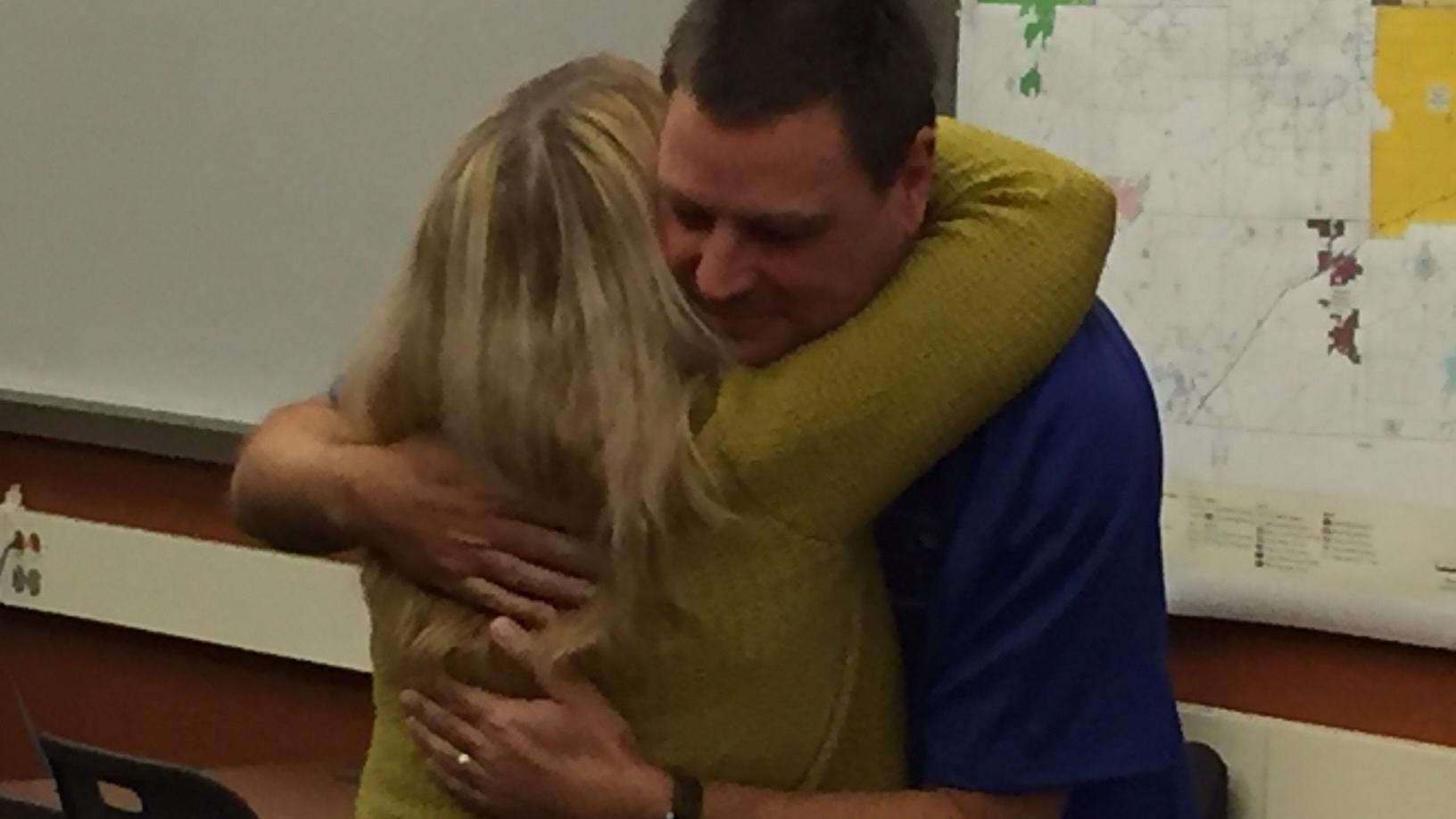 It was a regular, March morning at the New Berlin home of Sue and John Siebert, as Sue got ready for the day upstairs.

“I was standing there and I heard this really loud thud, like a garage door coming down with no springs,” says Sue.

John had collapsed in the kitchen, a victim of sudden cardiac arrest.

“I went downstairs, around the corner into the kitchen, and John was laying on the floor, clinically dead,” she says.

She immediately called 911, trying to remember a CPR class she took 20 years ago.

On the other end of the line, was Brad Kerhin.

“I immediately knew that I’d have to use my medical instructions,” he says.

Kerhin calmly walked Sue through what she needed to do, while paging emergency responders to her home.

John was wedged up against the stove, leaving Sue in a difficult position.

“I told her you need to move him, you’re not going to do any further harm to him. I know it’s very hard but you have to do this in order to help your husband.”

Sue was able to move him and begin CPR, before John was sent to the hospital.

Kerhin moved on to the next call, like he always does. He has never once met someone he helped save, but that all changed Tuesday night.

John, Sue, and Chelbe surprised Kerhin at County Communications, pinning a “lifesaver medal” to his keychain.

“These don’t come up that often, where we actually get to meet the people, and this is the first time I’ve had this outcome where I’ve gotten to meet someone that I had a hand in helping save.”

Sue embraced Kerhin with a hug, telling him thank you. First responders with New Berlin Police and New Berlin Fire were also thanked. It was a rare chance to honor a group of dispatchers that so often go unnoticed.

“He was really instrumental in keeping me going, knowing I’d be exhausted," says Sue.

Kerhin called it a humble reminder of the change he can make in a person's life, even during their darkest hours.