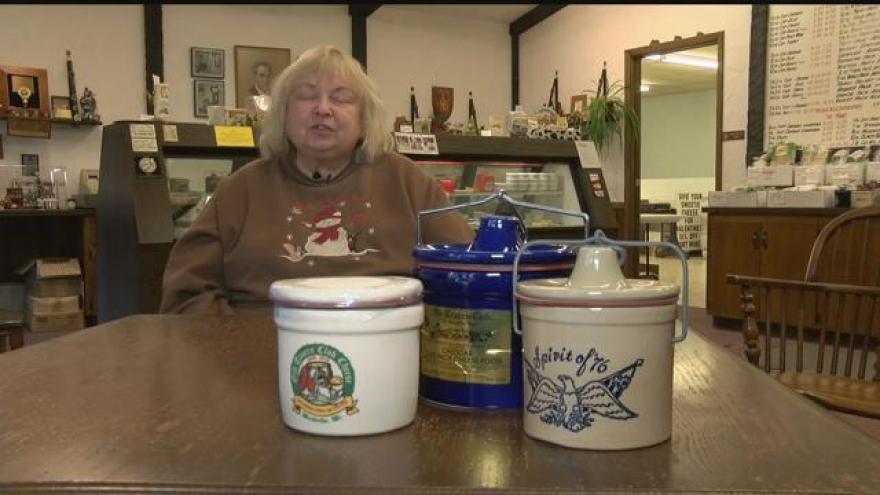 After 90 years in business a cheese-shop in Waukesha is calling a quits.

Old Tavern Food Products has a country-wide following because of its cheese spreads.

And on Tuesday lots of customers told CBS 58's Jacob Kittilstad that they can't believe they won't be able to get the stuff anymore.

The owners said they are starting to taper off production of their cheese spreads and their official closing date is scheduled for April 15.

All the plastic containers are hand-packed and weighed-out in the same spot. But with a business this old, there are more traditional options.

"This is our unique crock. It's our 40 oz. crock. It's the largest one that they make," Jill Strong, President of Old Tavern Foods Inc. said.

She says it time for retirement and that's the reason they are closing their store on South Prairie Avenue.

There is no buyer lined up to re-open the business. That's actually the way the family says they want it.

But try explaining that to the customers with their stamp cards.

"This is about the tenth one that I've used, if not more," Bob Tritz, regular customer with a nearly full stamp card said.

"I normally buy the largest container of cheddar that I can get," Tritz said. "All these years that it's been around. It's been known world-wide. It's just a sad thing to me."

Strong said that a lot of other are sharing the same feelings about their closure.

"I talked to a lady yesterday, fourth generation. We have so many families from many, many generations that have had our cheese spread over the years," Strong said.

The business got it's name from it's original location which was in downtown Waukesha between two bars. It's founder, Paul Strong, was a chemist who graduating from what was at the time known as Carol College, Strong said.

"And when he got out of school he first started making soda pop. And then he came up with the cheese formula for the spread," Strong said.

When he died in 1976 his daughters took over. Now they say it's time to enjoy life outside of work after enjoying the business for so many decades.

Mr. Tritz said that he's planning on stocking up and taking those supplies as far into the future as they'll take him.

"Well I'm going to get enough for about six months, maybe a year. But I guess my wife's going to have to look for something different from now on I guess," Tritz said.

The spreads can be frozen if you're trying to stock up. They're also still taking online and called-in orders for shipping until they run-out or hit that closing date of April 15.