Waukesha Caregiver Accused of Punching Dementia Patient in Back 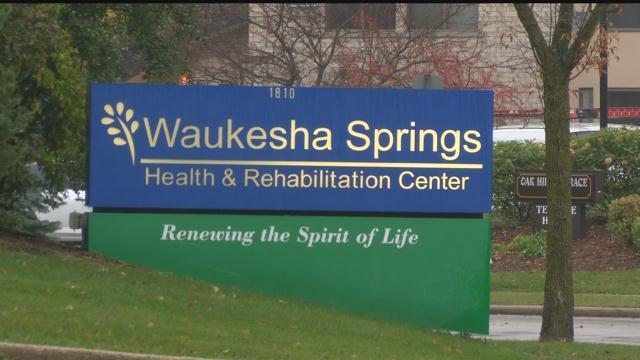 Following-up on a report of abuse at an assisted living facility, Waukesha Police have arrested a worker for allegedly punching one of their patients.

According to a criminal complaint filed October 21, the incident happened in April at the Waukesha Springs Health and Rehabilitation Center.

38-year-old Angela Gabriel of Waukesha has been charged with "intentionally abusing a patient - likely to cause great harm". According to court documents, Gabriel was working as a caregiver at the facility.

It's unclear if she was still working at the facility when she was arrested. Administrators at Waukesha Springs Health and Rehabilitation Center have not responded to a request for comment.

The criminal complain outlines the accusation: during a shift, Gabriel was going to clean a patient who has dementia and lives at the facility.

According to another nurse's statement to authorities, the patient started calling Gabriel names.

That's when Gabriel allegedly punched that patient in the back hard enough that at least one other caregiver could hear the impact.

Authorities would later interview the patient about what happened, but he could not remember what had happened, according to court documents.