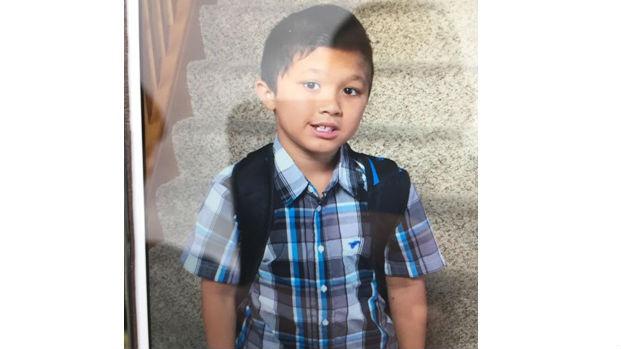 UPDATE: The 10-year-old Waukesha boy has been found safe.

Ounkham was missing for nearly 10 hours.

Ounkham has autism and is non-verbal.

Andrew was found cold and wet.

"I appreciate the outpouring of help," said Habanek.

Habanek said the fact the community worked with the police helped find the boy.

UPDATE: As of 10:00 PM Sunday night, 10-year-old Andrew still had not been found. Dozens of neighbors and other concerned citizens have arrived in the area to search for him. The group of searchers and authorities are using everything at their disposal to find Andrew.

K-9 search teams from Milwaukee and Waukesha are being used. Firetrucks have their ladders extended and are using lights and music to attract Andrew. Authorities have asked the public to look at backyard play sets since Andrew likes to go there when he is upset. The Waukesha Police Department has also been in contact with the Coast Guard and National Guard regarding the search.

Andrew's disappearance is not suspicious since he has gone missing before.

The search will not stop. And neighbors and citizens will search for Andrew through the night and into Monday if necessary.

The Waukesha Police Department is asking for the public's help to find missing 10-year-old Andrew Ounkham. He was last seen at approximately 3:45 PM Sunday afternoon running into a large corn field behind his house.

Andrew has been diagnosed with Autism Spectrum Disorder and is non-verbal. Andrew was last seen in his SW Waukesha neighborhood near Stillwater Circle and Oxbow Drive.

If you see Andrew or remember seeing him in the last few hours, please contact the Waukesha Police Department Communications Center immediately at 262-524-3823.