Waukesha says safety protocols and procedures for all events are being reviewed. Enhanced safety measures will be in place for large city events and parades.

“I look forward to continuing our great tradition of community events and parades here in the city of Waukesha.” said Mayor Shawn Reilly. “I appreciate the efforts of our entire Waukesha team as we review our safety measures and make improvements."

According to a news release, one piece of the enhanced safety measures the city will be using are Mobile Vehicle Barriers (MVBs). MVBs prevent vehicle passage and will be a crucial part of the city’s overall security strategy. New MVBs have been purchased by the city and will be used for parades and events such as Friday Night Live in downtown Waukesha.

To use the MVBs effectively, the city will be establishing a set, closed perimeter around the area where an event will be held. For parades, one route has been designed that will be used for all future parades held in the city, including the upcoming Memorial Day Parade and 4th of July Parade. The city has established this parade route in collaboration with the city’s police department, Public Works Department and Parks, Recreation and Forestry Department to ensure that residents can still enjoy traditional parades, while also increasing safety. 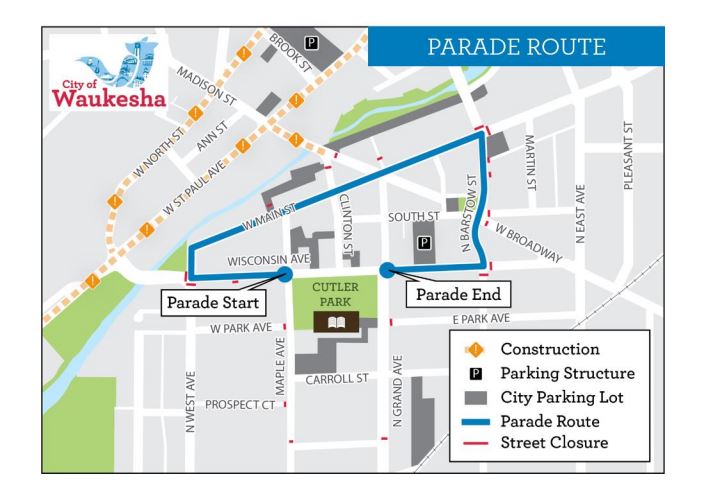 "There's definitely a way to have precautions to not have something happen, to keep the public safe," said June Doyne, a community member.

"I think people need to feel safe when coming to an event like this, and that kind of police presence and some increased measures would help at that a little bit," Dan Schneiderman, the owner of Vinyl Vault Records, said.

He added that he also believes the city doesn't need to go overboard.

Although the Waukesha community is still grieving last year's attack on the Christmas parade, they're not going to let fear stop them from hosting and attending celebratory parades again.

"We need to live life despite what happens in our communities," Schneiderman said.

Waukesha police told CBS 58 more details on safety measures will be announced as the Memorial Day Parade gets closer.