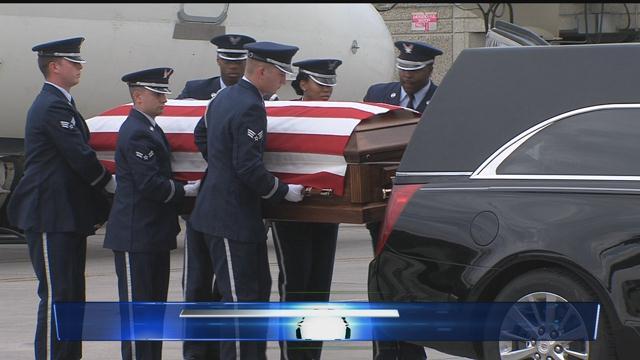 Full military honors were given for the 19-year-old Waukesha airman killed in a plane crash during the Korean War.

It took until now to get the remains of Thomas Condon back to his native Wisconsin.

The wreckage had been hidden in a glacier since 1952 where his plan went down on its way to an air base in Alaska.

The public was invited to join the family at St. Joseph's Church in Waukesha where Condon's younger brother tells us the airman second class had many friends, excelled in sports and love to ride his motorcycles.